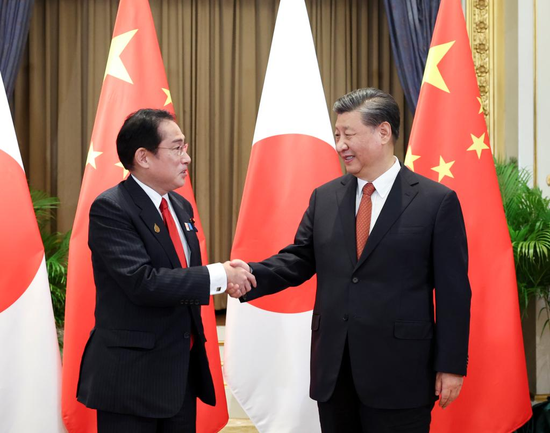 The two sides agreed that the importance of China-Japan relationship has not changed and will not change, and both sides should stick to the principle of their four political documents, follow through on the political consensus that the two sides are cooperative partners and do not pose a threat to each other.

They also agreed that the two sides should intensify high-level exchanges and communication to constantly improve political mutual trust and jointly build a constructive, stable and important China-Japan relationship that meets the demands of the new era.