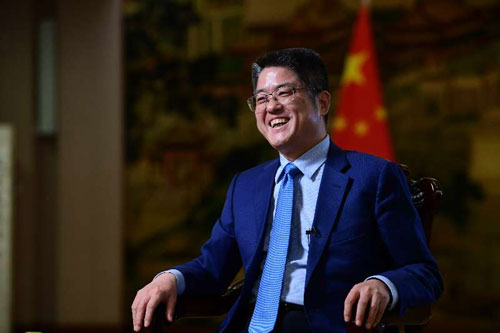 Beijing expects the incoming U.S. administration to meet China in halfway, manage differences and push for the advancing of China-U.S. ties along the right track, a senior diplomat said on Thursday.

Vice-Foreign Minister Le Yucheng made the comments when asked about the U.S. presidential election and its implications on China-U.S. relations at a news briefing in Beijing.

Le said that at present, the counting of the U.S. presidential election votes is still underway, the result has not yet been finalized, and hopefully the election will proceed smoothly and successfully.

China's attitude toward its relations with the U.S. is clear and consistent, Le said, adding that despite differences between the two countries, they also "have extensive common interests and room for cooperation".

"Maintaining and promoting the healthy and stable growth of China-U.S. relations is in line with the fundamental interests of the people of both countries and serves the common expectation of the international community," he said.

It is hoped that the incoming U.S. administration will meet China in halfway, adhere to the principle of no conflicts, no confrontations, mutual respect and win-win cooperation, focus on cooperation, manage differences, and push for the advancing of China-U.S. ties along the right track, Le said.