Consumption tax law in the pipeline 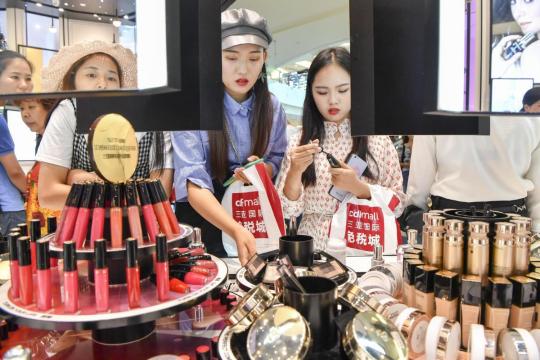 China must reform its existing tax system, which gives local authorities a greater share of the tax income, as the aggressive tax cut program and economy-boosting spending has increased fiscal deficits, said analysts.

The Ministry of Finance is drafting a consumption tax law, which will focus on reforming the current tax system, strengthening the ability of local governments to deal with larger tax and fee reductions, and improving the consumption environment, said a senior official on Thursday.

The specific adjustments will be implemented gradually, and the overall consumption tax burden will remain stable, said Xu Guoqiao, a senior official with the tax policy department of the Ministry of Finance.

The country also plans to shift the collection of consumption tax to the point of sales from the production and import stage, which will in effect boost local governments' revenue and offer them incentives to create pro-consumption environments.

"It is now in the stage of implementing the principle of tax law and promoting the construction of a modern tax system in China," said Li Xuhong, a professor at the Beijing National Accounting Institute.

Chinese local governments' general budgetary revenue growth slowed sharply to 3.3 percent during the first six months of this year－the lowest in a decade, as tax and fee reductions took effect, according to a research report from Moody's, an international ratings agency.

"In China, the largest emerging market economy, we expect the economic slowdown and fiscal stimulus to widen the deficit," Vitor Gaspar, director of the fiscal affairs department at the IMF said on Wednesday.

Fiscal policy helps dampen the negative impact on growth from trade disputes and supports the long-term rebalancing of the Chinese economy, he said.

From January to September, the government has received 15.07 trillion yuan as revenue, its spendings was 17.86 trillion yuan, making a fiscal deficit of 2.79 trillion yuan, the Ministry of Finance said.

The total tax and fee reduction is predicted to exceed 2 trillion yuan by the end of this year, said Xu. "Looking forward to the fourth quarter, the economy is expected to remain stable in a reasonable range, and it is expected that fiscal revenue growth will pick up. The annual budget target of a 5.1 percent increase in the central financial revenue will be met."

China also introduced other measures to maintain fiscal revenue growth of local governments and offset the impact of the tax and fee reduction. For instance, it plans to transfer the majority of dividends from State-owned enterprises to local governments. Dividend collections from State-owned enterprises, which are part of the government's nontax revenue, have increased fourfold in the first half this year, according to the Ministry of Finance.