Thanks to preservation efforts by folk artists and scholars, the story continues to thrive not only among Tibetan communities, but also among many other ethnic groups.

The epic is made up of three parts: the birth of Gesar, his fight against his enemies and his return to heaven.

Gesar was born in a poor family in the Kingdom of Ling and was forced to leave his hometown at the age of five with his mother due to the persecution from his uncle, a cowardly, vain and pretentious man who saw the child as a threat.

When Gesar became a teenager, a horse race was held to determine who would become the king of Ling and marry the beautiful daughter of a neighboring chieftain. Returning to Ling Kingdom, Gesar won the race, ascended the throne and assumed the title "Gesar."

His first campaign as king was against the man-eating demon of the north. He subsequently waged military campaigns against the frontier countries that represented evil, eventually uniting more than 150 tribes.

After fulfilling his sacred mission, he returned to heaven to join his mother and wife, bringing the grand epic to a dramatic close.

King Gesar's life is full of trials and tribulations. However, he wins freedom, peace and happiness for his kingdom after arduous struggles with evil forces. 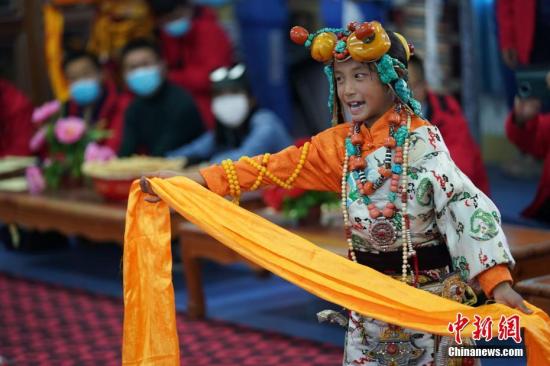 A teenager performs rap of the Epic of King Gesar. (Photo/China News Service)

The Longest Epic in the World

The epic of King Gesar tells the story of how the 11th century Tibetan demigod king conquered his enemies and helped his people. With more than 120 episodes and 1 million lines, it is believed to be the world's longest and 25 times the length of the Western classic, Homer's Iliad. 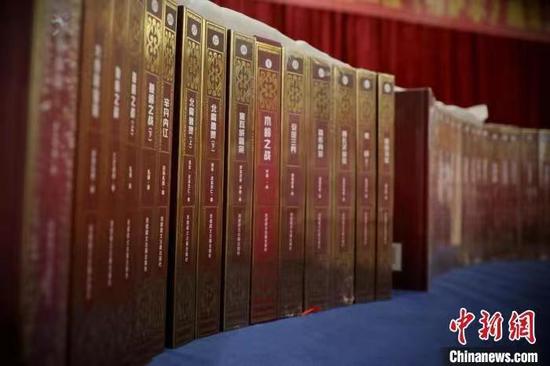 Volumes of the translated work of the Epic of King Gesar. (Photo/Chinanews.com)

From early times, the epic was passed on orally by singers, often illiterate herders or peasants from Tibet, Inner Mongolia or Qinghai Province.

For centuries, it has been a name known to most Tibetans since their childhood, as listening to and chanting the epic is an essential part of their daily life.

In the process of inheritance, narrators keep enriching and modifying the story, therefore, King Gesar is also prized as one of the few living epics in the world.

With years of efforts to preserve the 1,000-year-old epic, books on the epic of King Gesar have been published, according to researchers in Tibet Autonomous Region.

Protection and Inheritance of the Epic

China began to set up special institutes to collect and compile the epic of King Gesar and listed related research work as a key scientific program of the national development plan since 1983.

In December 2000, a written version of the first four volumes of King Gesar was published.

In 2001, the United Nations Educational, Scientific and Cultural Organization (UNESCO) listed the Life of King Gesar in the world millennium memorials and designated 2002 for marking the millenary of the world's longest epic poem.

In 2006, the story of King Gesar was recognized as China's national-level intangible cultural heritage.

In 2009, the epic was listed as a UNESCO World Intangible Cultural Heritage.

Sowing a Seed of Heroism for Children

"King Gesar: Trials and Tribulations," an animated movie adopted from the epic of King Gesar, released its first poster on June 1, 2022. 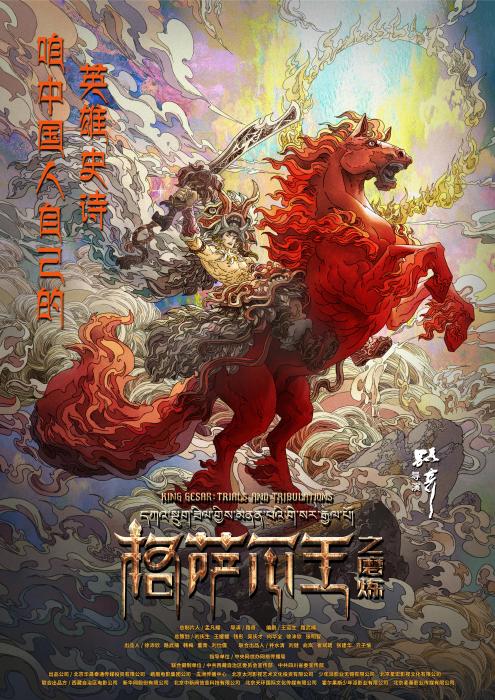 The first poster of "King Gesar: Trials and Tribulations". (Photo provided to Chinanews.com.cn)

Lu Qi, director of the movie, said Chinese should have their own heroes.

"We should encourage children to watch this movie to cultivate the heroic spirit at an early age,” Lu said. "We might not become a hero, but we must show our reverence for them," he added.

Heroism is like a precious seed, and the movie producers hope this seed can take root in the heart of children.