Dentist's experience in Guizhou a bridge for cross-Straits unity 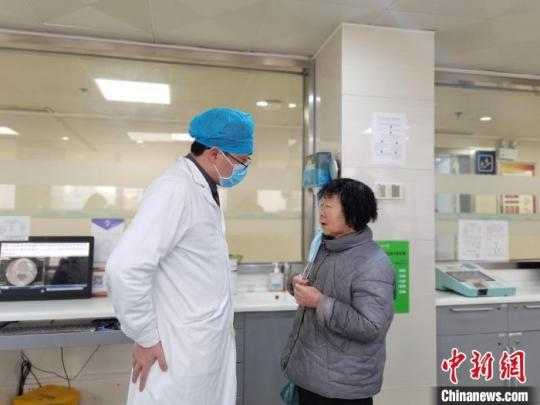 Huang Cheng-wei, a 35-year-old man from Taiwan who came to Jiangsu province to study when he was 18, didn't imagine he would become so deeply rooted in the mainland in the following years.

Huang's family migrated to Taiwan from the city of Quanzhou, Fujian province, during the late Qing Dynasty (1644-1911).

His father had run a denture manufacturing business for many years and stayed connected with the mainland.

Influenced by his family, Huang learned a lot about the mainland from a young age.

"My first trip to the mainland was a short visit in 1996. In 2003, I went back to explore the possibility of studying here," he said.

Between the two trips, Huang was shocked by the amount of development that had taken place.

"I visited eastern coastal regions such as Jiangsu and Zhejiang provinces and Shanghai at that time. I was quite impressed by the flourishing of the economy, the urban infrastructure and, most importantly, the vitality of the people pursuing a brighter future," he said. "And so I made up my mind to have a deeper connection with the mainland."

Supported by his family, Huang was admitted to Nanjing Medical University in 2005, majoring in stomatology.

After earning his bachelor's degree, he got his master's at Southern Medical University and worked at Guangdong Provincial Stomatological Hospital after graduation.

He also found love during his time on the mainland－Xiong Yue, a colleague of Huang's from Guizhou province. After getting married in 2018, they moved back to Guiyang, the capital of Guizhou, to pursue their careers.

"I see a promising future here," Huang, now a dentist at the Stomatological Hospital of Guizhou Medical University, said.

"According to an employment survey for those born in Taiwan after 1980, 56 percent of respondents want to leave Taiwan to work, among which 33 percent of young people choose the mainland," said Zhu Fenglian, spokeswoman for the Taiwan Affairs Office of the State Council at a news conference recently. "We welcome young people from Taiwan to work and live on the mainland."

Since 2015, the office has awarded licenses to set up 78 youth employment and entrepreneurship bases and demonstration sites across the Taiwan Straits, providing internship and employment positions, counseling and training for the youth from Taiwan.

"Young people with dreams prefer to seize opportunities and work hard for a good life, and can solidify the development of cross-Straits relations. We will continue to create better conditions to benefit Taiwan compatriots as we serve people on the mainland," Zhu said.

Regarding his experience on the mainland, Huang said: "I received a warm welcome and care from my colleagues, people and the government after settling down in Guiyang. The Guizhou provincial government has carried out a number of preferential policies for people from Taiwan, including providing free accommodation, tax reductions and exemptions for enterprises. All these policies are attractive, and a great number of residents from Taiwan are chasing their dreams in Guizhou."

Since moving to the mainland in 2005, Huang said the biggest change has been his sense of self-identity which has changed from being one of a stranger to one with a sense of unity and belonging.

"At the beginning of my years on the mainland, my friends and colleagues were curious about what Taiwan looked like. Now, things have changed so that my friends living in Taiwan are much more interested in the development of the mainland," he said. "With the booming development here, its cultural influence has grown deeper, and its soft power has become more influential.

"I want to share my story with people overseas who are interested in seeking a career in Guizhou to help them understand the mainland better and deeper."