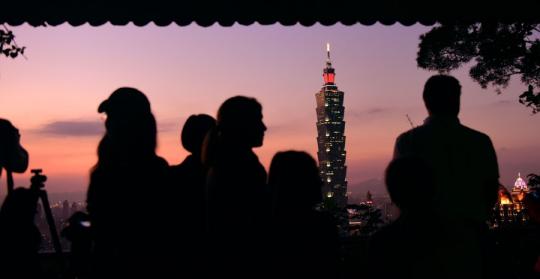 The United States is increasing tension by sending warships to frequently display its force in the Taiwan Straits under the pretext of "freedom of navigation", Foreign Ministry spokesman Wang Wenbin said, urging the U.S. to stop being "a troublemaker for regional peace and stability".

Wang made the remark on Wednesday at a daily news conference after a U.S. guided-missile destroyer and a Canadian frigate passed through the Taiwan Straits on Tuesday.

The U.S. is ganging up with others to impose pressure and intimidation in a time when the situation across the Straits is complicated and sensitive, undermining regional peace and stability, Wang said, urging the U.S. to correct its mistakes.

The People's Liberation Army Eastern Theater Command mobilized its air and naval forces to monitor the passage of the U.S. and Canadian warships through the Straits on Tuesday, the command's spokesman said.

Senior Colonel Shi Yi said in a brief statement on Wednesday that the passage was sensationalized, and that aircraft and naval ships of the PLA Eastern Theater Command closely monitored the act and stayed on alert.

Shi said the command is ready to respond to any provocation or threat and will firmly safeguard China's national sovereignty and territorial integrity.