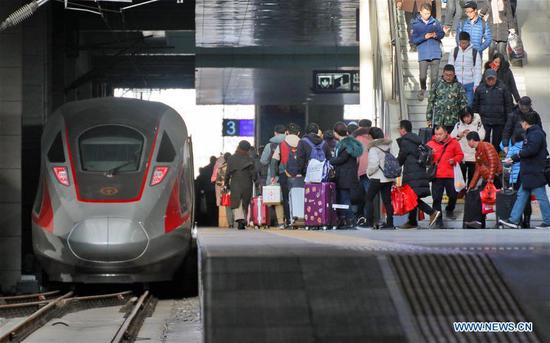 The travel rush began 15 days ahead of the Spring Festival, or Chinese Lunar New Year, which falls on Feb. 5 this year.

In the following 40 days, from Jan. 21 to March 1, nearly 3 billion trips are to be made via China's transport system, as people rush for family gatherings or travel around the country.

China launched 10 new railways at the end of 2018, adding the total length of the country's high-speed railways to 29,000 km.

The country's aviation authority plans to schedule 532,000 flights during the travel rush, an increase of 10 percent year on year.