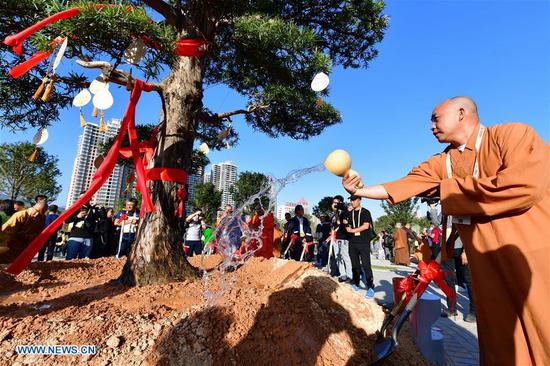 A record number of over 1,000 Buddhists, scholars and representatives from 55 countries and regions will attend the three-day event, which is jointly hosted by the Buddhist Association of China and China Religious Culture Communication Association.

UN Secretary-General Antonio Guterres sent a congratulatory letter, so did Buddhist organizations in countries including Japan, the Republic of Korea, Canada, the United States, Russia, Cambodia and the Philippines.

The forum aims to carry forward the positive Buddhist cultural spirits, promote exchanges between Buddhism and other religions, and make contributions to building a community with a shared future for humanity, said Xiao Hong, deputy secretary-general of the China Religious Culture Communication Association.

The World Buddhist Forum was initiated by the Buddhist circles in the Chinese mainland, Taiwan, Hong Kong and Macao in 2005.