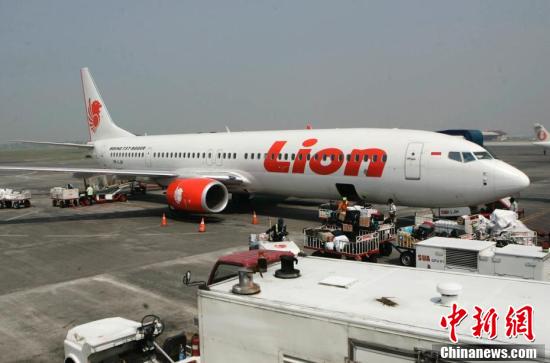 An Indonesian Lion Air flight crashed on Monday morning shortly after taking off from the capital Jakarta to Pangkal Pinang. Here's what we know so far:

·The plane crashed into the Java Sea

The Lion Air flight JT610 crashed into the sea off Indonesia's island of Java on Monday, shortly after takeoff from the capital Jakarta, Indonesia's search and rescue agency said.

A search and rescue operation is reportedly underway.

Local media reported that wreckage of the flight and some personal items from passengers were found at the Java Sea.

The plane carried 188 people, including passengers and crew members, according to local media.

"It has been confirmed that it has crashed," Yusuf Latif, a spokesman for the Indonesian rescue agency said, adding that the plane crashed into the sea.

The Lion Air JT 610 lost contact 13 minutes after takeoff, according to the official.

The plane is a Boeing 737 MAX 8 and is capable of seating up to 210 passengers. But it was not immediately clear how many people were on board.

The cause of the crash remains unknown and so far there have been no reports on the number of casualties.