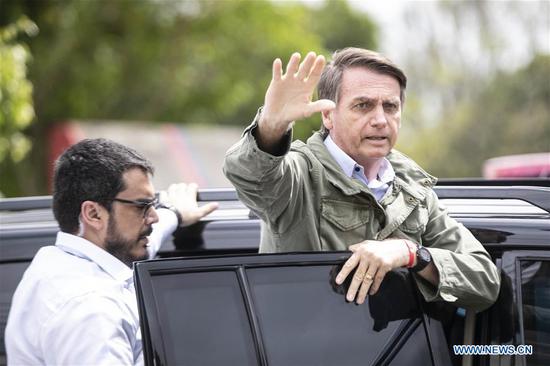 Brazil's right-wing candidate Jair Bolsonaro won the country's presidential run-off on Sunday, garnering more than 55 percent of the vote, according to the Superior Electoral Court.

With 99.83 percent of ballots counted, Bolsonaro easily defeated his rival Fernando Haddad of the left-leaning Workers' Party, who got less than 45 percent of the vote.

In a videotaped message posted on Facebook from his residence in Rio de Janeiro, Bolsonaro pledged to deliver on every promise made during his campaign, saying "all of the commitments made will be fulfilled."

"We ran a campaign that was different from the others," the former military captain said.

Bolsonaro, 63, said he planned to govern "following the teachings of God, alongside the Brazilian constitution and with good technical advice, without political leanings."

"We are going to change Brazil's destiny," he said.