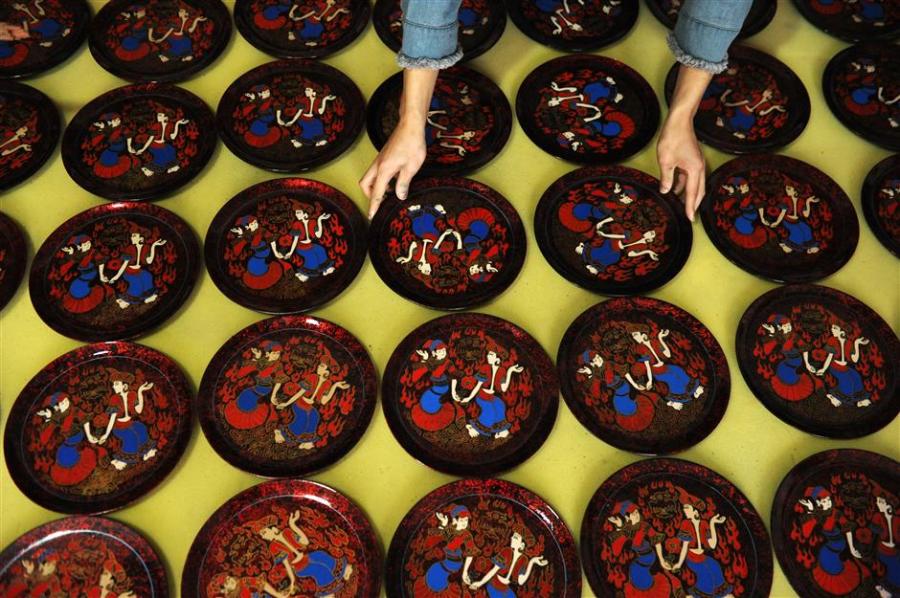 Regarded as one of “the three specialties of Guizhou” along with the bamboo flute and the province’s signature white wine, Dafang lacquerware is known over the world for its delicacy and beauty.

The history of the art form can be traced back more than 600 years to when a sophisticated process was developed during Ming Dynasty (1368-1644). 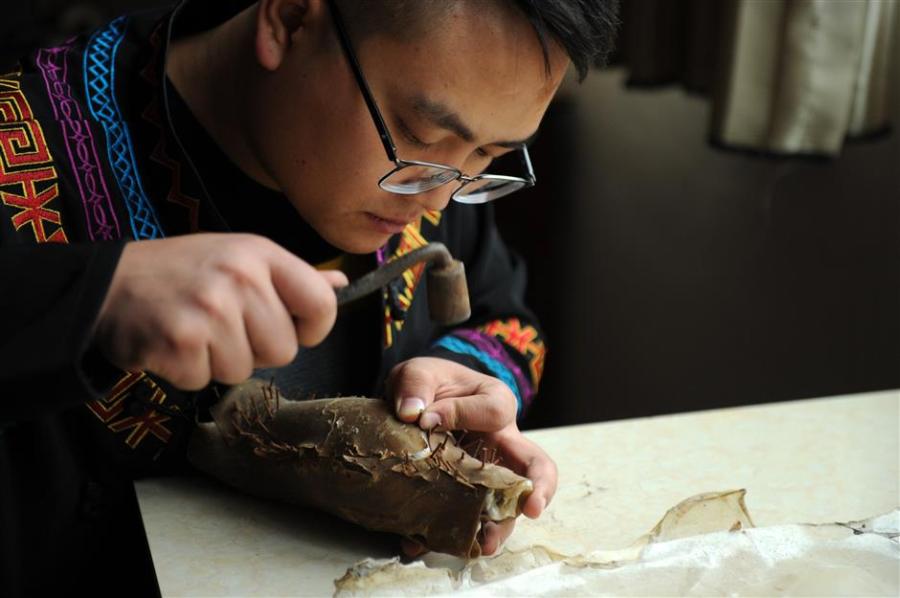 With patience and painstaking care, Gao begins work on a new piece of lacquerware. Each item needs to go through some 50 processes. (Photo/Xinhua)

Each piece of lacquerware needs to go through some 50 processes and 80 decorative finishes, such as engraving and gilding, and laying on lacquer of a different color.

Lacquerware is often molded on a base of horse or buffalo hide, shaped after being soaked in water before being dried over a fire. The process is not only time-consuming but requires great skill. Only masters with years of experience are up to the task. Dafang County may be home to one of China’s five most highly regarded styles of lacquer, but there has been a drop in output in recent years. “Lack of funds and a resultant decline in profit are the major reasons,” says Zhang Yu, of the county bureau of industrial economy and energy. “But the sophisticated craftsmanship involved in making Dafang lacquerware is incomparable.” 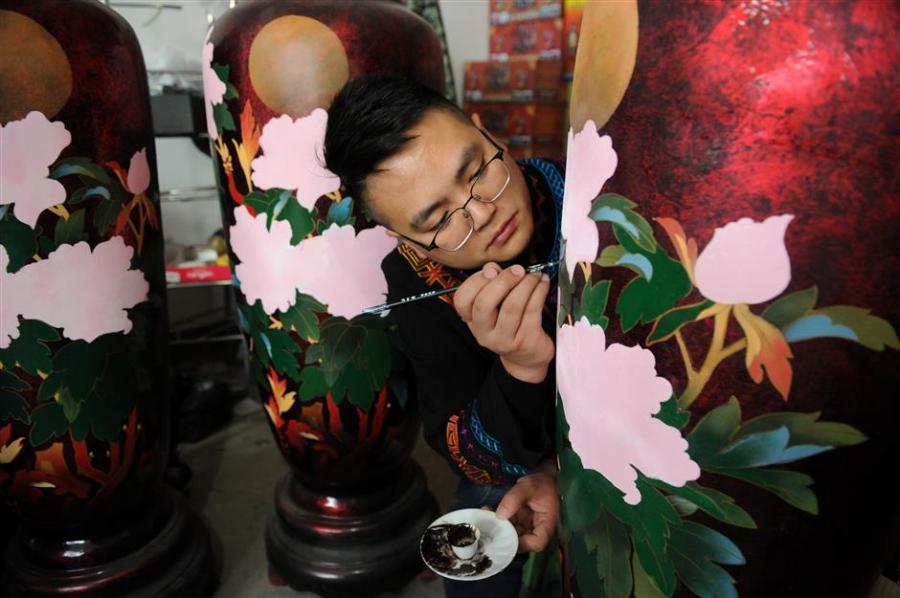 Gao Yan adds the finishing flourishes to a lacquer vase. Gao is a master of Dafang lacquerware, an irresistible part of China's cultural heritage. (Photo/Xinhua)

“We are working to increase investment and seeking cooperations to ensure the art form’s survival,” he adds.

“There is also potential to expand consumption in through tourism.” 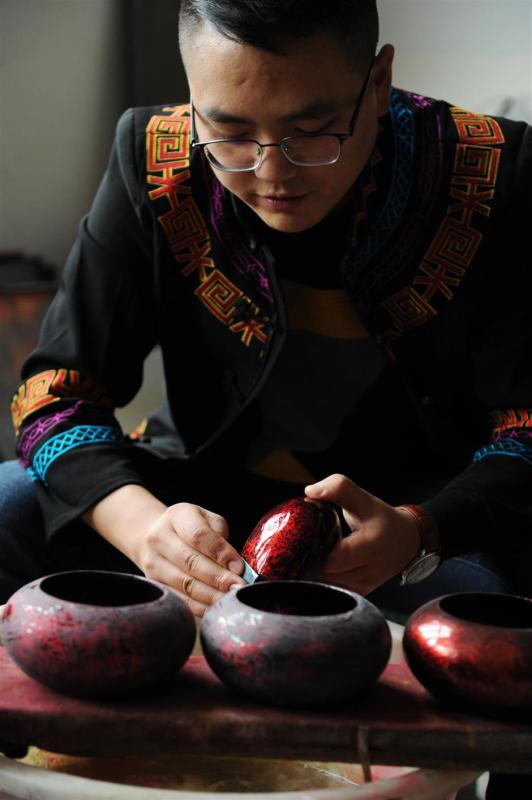 Gao burnishes the lid of a lacquer pot to bring the surface to the highest sheen. (Photo/Xinhua)