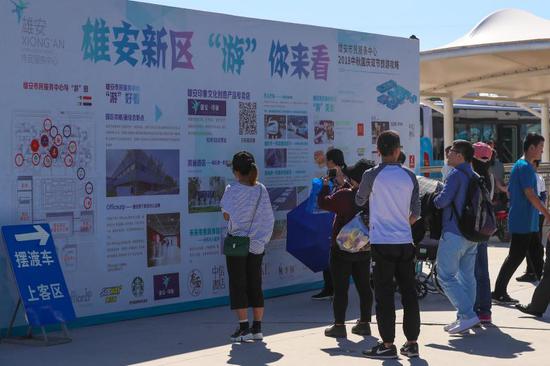 Xiongan New Area in North China’s Hebei province has become a hot spot for tourists to visit during the past National Day holiday.

One of the area’s scenic spots - Baiyangdian Lake, the largest wetland ecosystem in north China - received more than 100,000 visitors during the first five days of the seven-day holiday, a year-on-year increase of over 20 percent, according to the tourism bureau of Anxin county where the lake is located.

Another popular tourist attraction is the Xiongan Citizen Service Center, the first major project built in the area.

The center, which is composed of green buildings and holds local government organs, companies, hotels and restaurants, attracted more than 110,000 visitors from October 1 to October 7, according to China Xiongan Group which built and manages the center.

“I am curious and have been expecting to check out what the new area is like since it was established,” Chen Huixia, a 76-year-old tourist from neighboring Dingxing county in Baoding, was quoted as saying by China News Service.

Located about 100 kilometers southwest of Beijing, Xiongan New Area was established in April last year to phase out non-capital functions from Beijing.