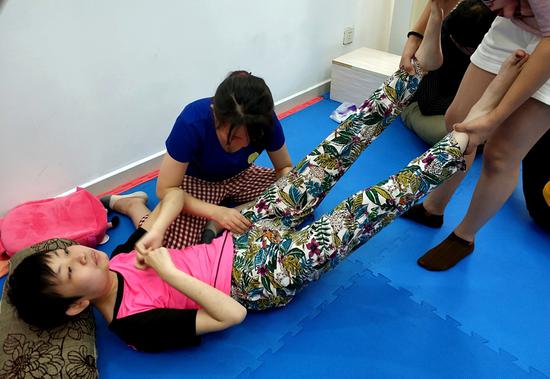 Slow approvals and stratospheric costs can keep effective drugs out of reach in Hong Kong.

Experts are putting pressure on the government of the Hong Kong Special Administrative Region to allow speedy approval of medications that could keep about 7,500 people in the city with rare diseases alive.

The box office hit Dying to Survive, which opened in cinemas on the Chinese mainland last month, helped put the issue of accessibility to medicine and treatment for patients with rare diseases back on the table. The film is based on the true story of a Chinese patient with chronic granulocytic leukemia who smuggled cheap cancer medicine from India for 1,000 other people with the disease, which is linked to a genetic abnormality.

Patients in Hong Kong with rare diseases who are desperate for effective drugs either find none are available in the city or that those on the market are exorbitantly expensive. Many choose to discreetly buy cheap, generic alternatives from elsewhere.

Helen Tsui's 24-year-old daughter, Sze Ka-yan, has Rett syndrome, an incurable, debilitating brain disorder caused by a genetic mutation. It affects about one in 8,500 females worldwide, with patients losing their motor and communication skills.

Tsui said she had heard that patients in Hong Kong with this disease had tried to smuggle cheap drugs from India to slow its development.

"A drug called IGF-1 has proved effective for Rett disease and is available in local pharmacies," she said. "But patients have to take a big dose, about two bottles a day, with each bottle costing HK$400($51).

"I knew some patients brought a replica from India, a small dose of which is said to have a similar effect to the daily intake of Hong Kong's version."

Terry Lai, business development officer for the Hong Kong Alliance of Rare Diseases, said, "It takes eight to 12 months to register an FDA-approved drug in Hong Kong and sometimes years after that for it to be included in the Hospital Authority's drug formulary." The FDA is the United States Food and Drug Administration, and the formulary is a list of drugs subsidized by the Hong Kong government.

The Hospital Authority's Drug Formulary Committee meets every three months to consider which new drugs to add to the formulary. Priority is given to drugs that would benefit large groups of people, such as those with cardiovascular diseases.

"(People with) rare diseases are at a disadvantage," Lai said. "Rare diseases affect few people and the drugs that may treat them aren't cost-effective."