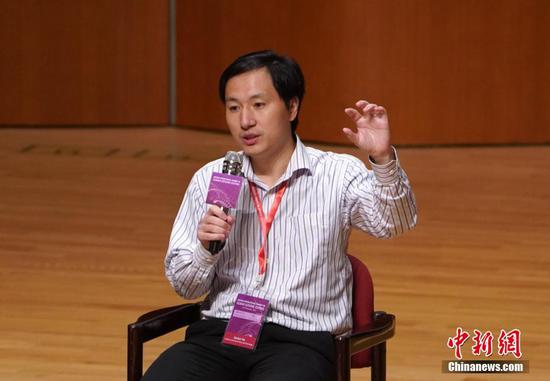 He Jiankui attends the Second International Summit on Human Genome Editing at the University of Hong Kong on Nov. 28, 2018. (Photo/China News Service)

A preliminary investigation into the claimed "genetically edited babies" shows that Chinese researcher He Jiankui had illegally conducted the research in the pursuit of personal fame and gain.

The investigation team of Guangdong Province announced on Monday that He had avoided supervision, raised funds and organized researchers on his own to carry out the human embryo gene-editing research intended for reproduction, which is banned by Chinese law.

He Jiankui claimed in November 2018 that the world's first genetically edited babies were born, and their DNA was altered to prevent them from contracting HIV.