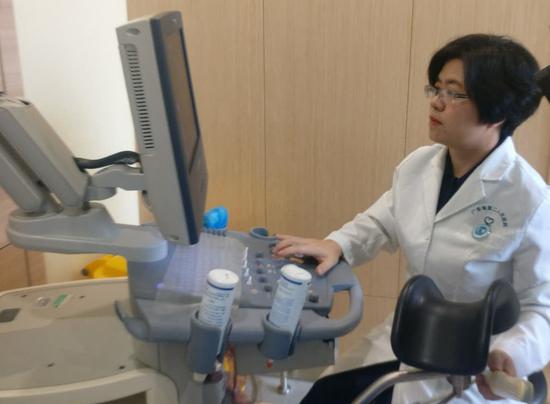 China's first test-tube baby was born 30 years ago. While it's still uncommon to hear about "in vitro fertilization" (IVF) in public, and even fewer admit to having one, there is a test-tube baby boom going on in the country.

Career woman Zhang Li is one among the growing number of hopeful parents. At 38, she regrets having waited so long to start.

Her best bet now is to have a baby via the test tube. She's already spent 300,000 yuan (about 45,000 US dollars) on the attempt. Zhang told CGTN that for many in China, going through IVF procedures takes a lot of money, meaning skimping on everyday life. Nevertheless, she is prepared to spend even more.

"I've never thought of giving up (even if the cost adds up too much). We will continue, so long as our doctor says there is a chance," she said.

She is not alone. In a country where having a test-tube baby is still a hushed topic (even for those who successfully give birth through that way, many keep it a secret for fear of biases), demand has definitely grown.

And private hospital groups are now tapping into the market, which they say has seen "blowout growth."

That's how Wang Jing, from the IVF Medical Group that's based in the city of Shenzhen, south China's Guangdong Province, described the market growth since 2015.

"The number of outpatient/counseling sessions has climbed rapidly since 2015 – almost 20 percent growth each year," she told CGTN. "And our group's operation has expanded to third and fourth-tier cities too."

"So long as there is enough population density, you bet they will need such medical services," Wang noted, predicting that more will opt for the IVF procedure in the next few years.

According to a report by the China Population Association, there are some 40 million Chinese having trouble giving birth, and they are willing to spend up to 500 billion yuan (about 73 billion US dollars) to have babies of their own.

Since the dissolution of the one-child policy, more couples have pledged to try IVF. But doctor Ou Xianghong, also director of the Reproductive Center at Guangdong Second Provincial General Hospital, said it only partly explains the change in demand.

"China now has the world's highest number of test tube babies. And the biggest reason is the change in attitudes. People now view work and life differently. They are choosing to have children much later than before. And the older you are, the more likely you're left with IVF as a reproductive option," she said.

The social structure might have changed, but Ou cautioned that IVF works best among younger women. The success rate dwindles after the age of 35.

Zhang Li is now sharing her experiences with other hopeful mothers who are trying IVF. She said she hadn't expected the process to be so trying when she started, but she's not giving up.

"It's been difficult. But the wish is simple – I want to be a mother," she said.