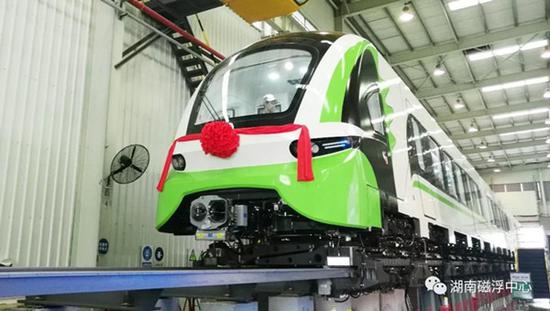 The train can run up to 160 km per hour, compared with the first generation's top speed of 100 km per hour, said Tong Laisheng, head of the maglev research institute of the CRRC Zhuzhou Locomotive Co., Ltd., the developer.

It also has a 30-percent increase in traction efficiency and can carry up to 500 passengers with three carriages, Tong said.

China's first medium-low-speed maglev rail line was put into commercial operation in May 2016 in Changsha, capital of Hunan. The trains have run over 1.7 million km and carried nearly 6 million passengers.

CRRC Zhuzhou Locomotive is also developing a more advanced maglev model with a top speed of 200 km per hour.