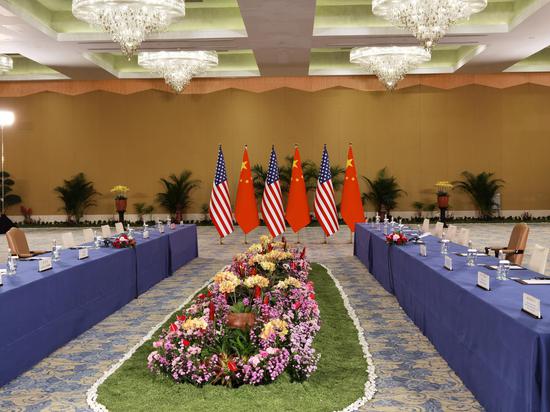 A meeting between Chinese President Xi Jinping and his U.S. counterpart Joe Biden is held ahead of the G20 summit in Indonesia's resort island of Bali, Nov. 14, 2022. (Photo/China News Service)

Chinese President Xi Jinping said on Monday during a meeting with his U.S. counterpart Joe Biden in Bali, Indonesia that as leaders of two major countries, they need to set the right course for bilateral ties.

President Xi pointed out that from the initial contact and the establishment of diplomatic relations to today, China and the United States have gone through 50-plus eventful years, with gains and losses as well as experience and lessons.

Noting that history is the best textbook, the Chinese president said that the two sides should take it as a mirror and let it guide the future.

Currently, the state of China-U.S. relations is not in the fundamental interests of the two countries and their people, Xi said, adding that it is not what the international community expects from the two countries either.

"As leaders of two major countries, we need to play the leadership role, set the right course for the China-U.S. relationship and put it on an upward trajectory," Xi said.

Xi emphasized that in this time and age, great changes are unfolding in ways like never before. He said humanity is confronted with unprecedented challenges.

"The world has come to a crossroads. Where to go from here? This is a question that is not just on our mind, but also on the mind of all countries," Xi said, noting that the world expects that China and the United States will properly handle their relationship.

Noting that his meeting with Biden has attracted the world's attention, Xi said that the two sides should work with all countries to bring more hope to world peace, greater confidence in global stability, and stronger impetus to common development.

Xi said that he stands ready to have a candid and in-depth exchange of views with Biden on issues of strategic importance in China-U.S. relations and on major global and regional issues, adding that he also looks forward to working with Biden to bring China-U.S. relations back to the track of healthy and stable growth to the benefit of our two countries and the world as a whole.