U.S. urged to drop its double standard in counterterrorism accusations

Before accusing the counterterrorism and counter-extremism measures in the Xinjiang Uygur autonomous region of being moves to suppress people from certain ethnic groups or with certain religions, the United States should first examine its own human rights situation and drop the double standard on those issues, experts on law and American studies said.

Terrorism is the common enemy of all countries, so international cooperation is key in rooting it out. But fighting terrorism has become a political tool for the U.S. to interfere in the internal affairs of other countries, including China, Peng Wuqing, a professor at Xinjiang Normal University's Law School, told an online news conference on Thursday.

"In the name of counterterrorism, the U.S. can launch wars in other countries. But when it comes to terrorist activities targeting China, it then chose to shield the terrorists and even secretly support them," Peng said. 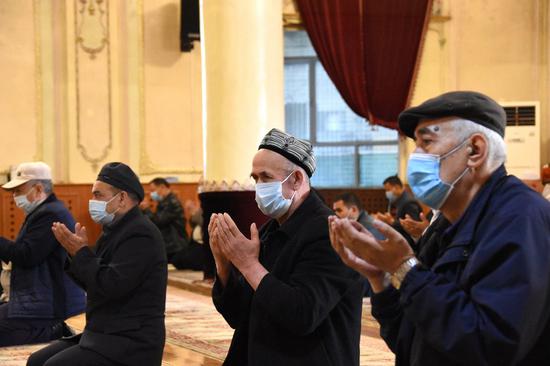 "It's the U.S.' way of showing support to the East Turkestan Islamic Movement that aims to separate Xinjiang from China," Peng said. "It's a clear double standard on the counterterrorism issue. Also, it has exposed the US' intention to stir up the stable social situation in Xinjiang by backing the terrorist organization."

Thanks to the counterterrorism and counter-extremism measures in the region, which has been China's main battlefield in fighting terrorism, not a single terrorist attack has happened in Xinjiang for more than four years, Xu Guixiang, a spokesman of the regional government, said at the news conference.

"For the U.S., terrorist attacks in Xinjiang are seen as priceless treasures," Xu said. "Meanwhile, it uses all means possible to fight terrorist activities at home."

Xu said the region's counterterrorism and counter-extremism measures have never targeted particular ethnic groups and have been carried out in accordance with the law.

Instead of accusing Xinjiang of oppressing Muslims, the U.S.should pay more attention to improving the human rights of Muslims in the U.S., Liu Weidong, a researcher at the Chinese Academy of Social Sciences' Institute of American Studies, said at the news conference.

"In fact, the U.S. has never cared about Muslims in Xinjiang," Liu said.

"They just want to use Muslims' sincere devotion to Islam to create estrangement and cause instability, which will affect Xinjiang's development."