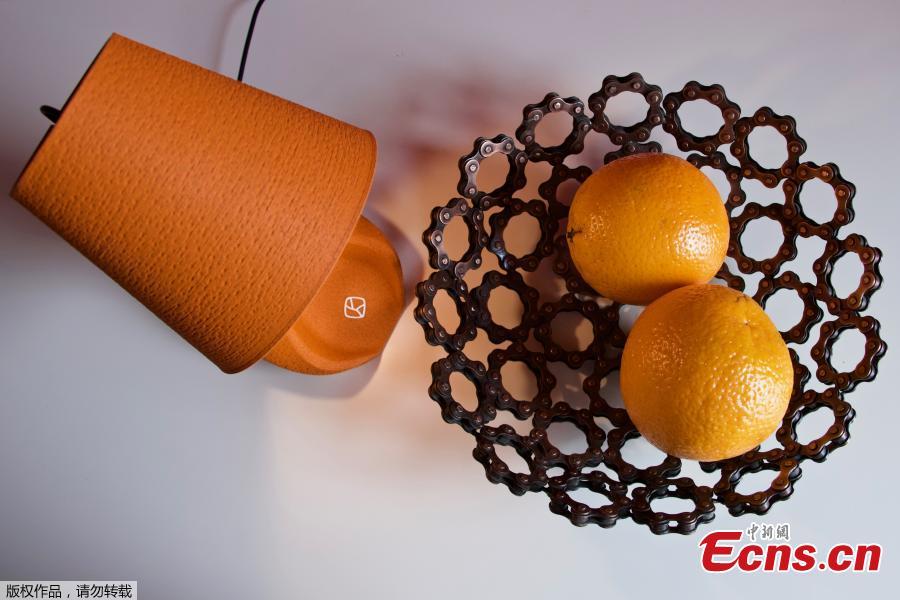 A Milan-based start-up has designed a 3D-printed table lamp made out of Sicilian orange peels that can be composted along with organic household waste, Milan, Italy, photo released on August 12, 2021. (Photo/ Agencies)

The design firm settled on 3D printing to produce the lamp due to the relatively low environmental impact of the technology, which also allows them to avoid the unnecessary waste of materials. 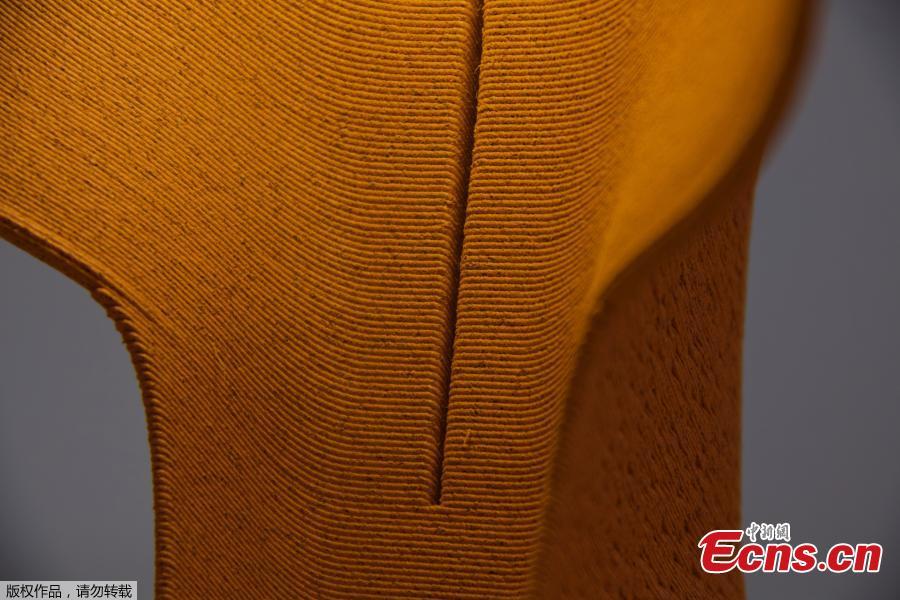 Photo released on August 12 shows the texture of the 3D-printed table lamp made out of Sicilian orange peels, Milan, Italy. The lamp is made entirely of recycled orange peels of two or three oranges sourced from a family-owned food producer in the Messina province of Sicily - the producer of about 3% of the world’s oranges. (Photo/ Agencies) 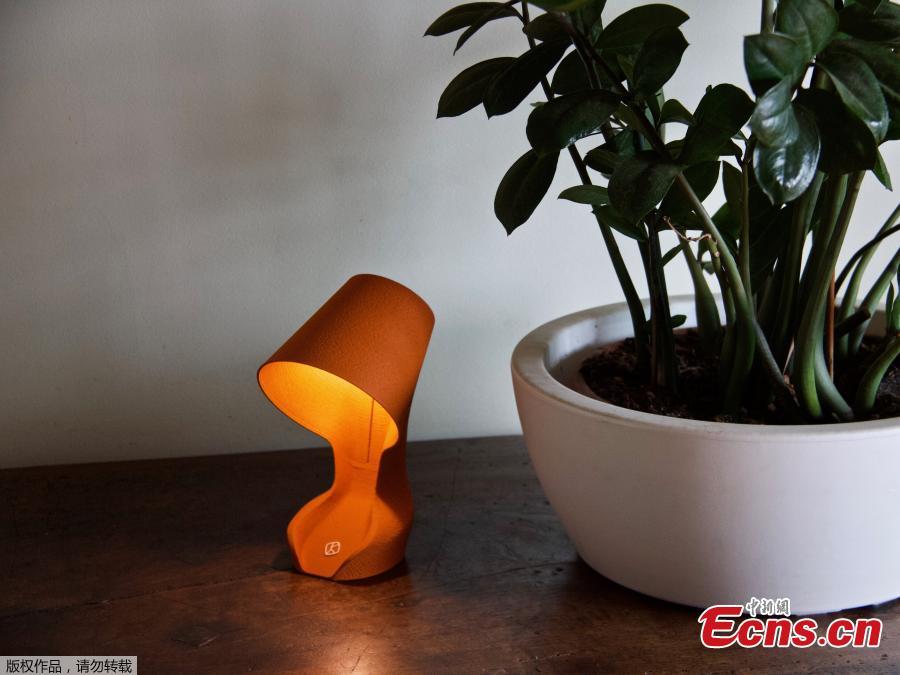 The 23cm tall (about 9 inches) lamp is as functional as it is sustainable. Its distinctive texture, color, and smell are similar to that of an actual orange, photo released on August 12, 2021. (Photo/ Agencies)