Bolivian prosecutors have ordered an arrest warrant against ousted President Evo Morales, accusing him of sedition and terrorism, according to the Associated Press.

The charges, brought by Interior Minister Arturo Murillo, allege Morales promoted violence clashes that left 35 dead during unrest before and after he left office.

Murillo tweeted a picture of the arrest warrant.

Morales is currently based in Argentina, where the new government had granted him political asylum. He has denied the charges.

Morales has said that he would help in the presidential campaign for the candidate of his party in Bolivia’s election, which is expected within the next several months.

The interim government in Bolivia, however, has expressed concern that Morales could use Bueno Aires as a campaign headquarters and plan his return home from there, the AP reports. 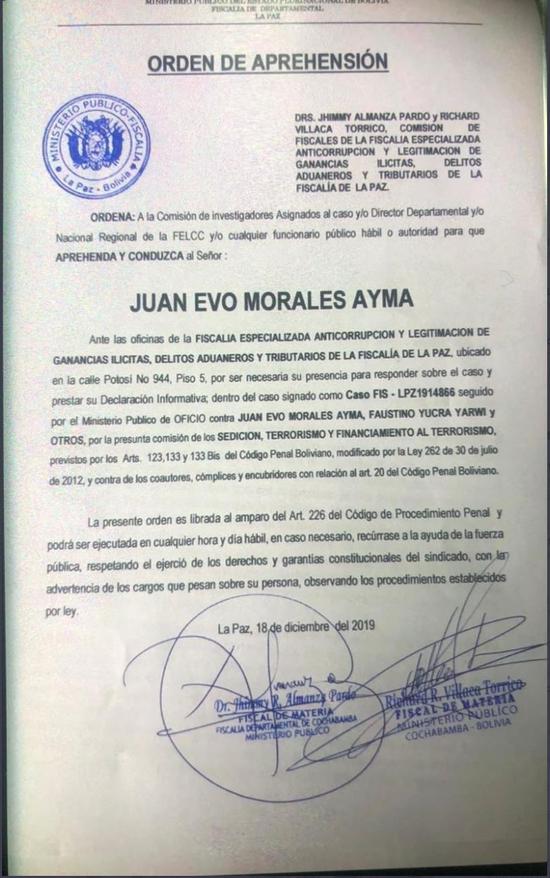