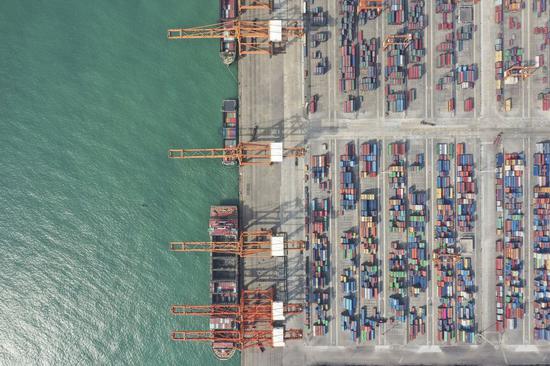 China opposes the United States' abuse of the concept of national security and export control to interfere in and restrict normal exchanges and cooperation between enterprises, a Foreign Ministry spokesperson said Wednesday.

According to reports, the U.S. government is finalizing a set of narrow rules to limit exports of sophisticated technology to China. The U.S. Department of Commerce is putting the finishing touches on five rules covering products including quantum computing and 3D printing.

China urges the U.S. to do more to promote mutual trust and cooperation between the two countries, not the other way around, spokesperson Geng Shuang told a press briefing.

He said the United States is too self-righteous to believe that its restrictions on emerging technology exports to China can prevent China's technological innovation.

U.S. restrictions, interference, sabotage and blockades will not affect China, said Geng, adding that temporary setbacks will only inspire the Chinese people's intelligence and boost their morale.

"We are confident in China's technological progress and development," he added.