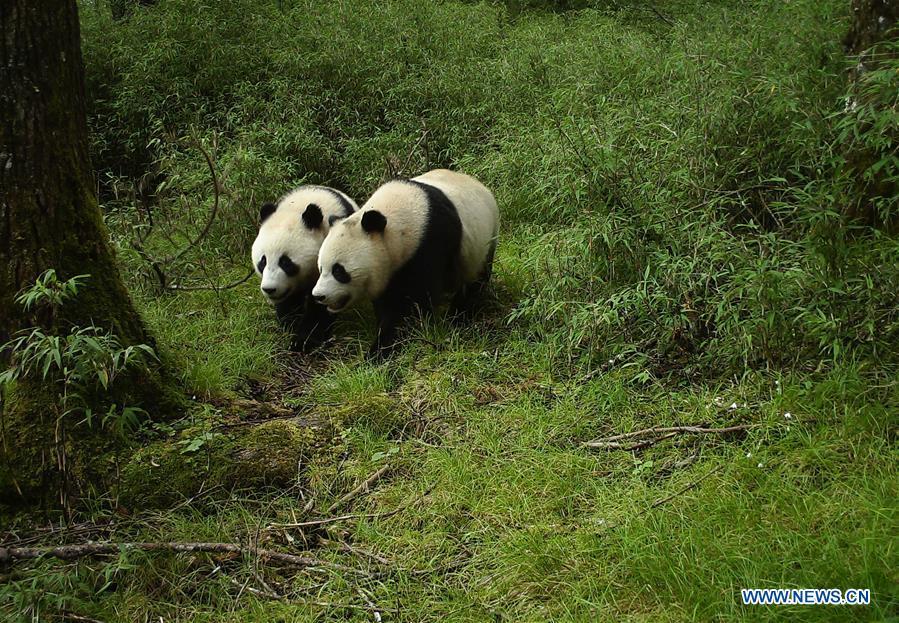 Footage and images of a pair of sub-adult giant panda twins in the wild have been released by the Wolong National Nature Reserve in southwest China's Sichuan Province. The images and video clips, captured by an infrared camera in July for the first time, show two wild pandas, about 2 years old and the same size, playing under a tree at an altitude of 3,100 meters near a bamboo forest on Niutou Mountain. Sub-adult pandas refer to giant pandas aged between 2 and 5 years old. "From the size of their skulls and bodies and the luster of their fur, we preliminarily determined that they are a pair of sub-adult giant pandas," said Shi Xiaogang, head of the reserve's Mujiangping protection station. (Photo/Xinhua)