A new auction world record for an item of sports memorabilia was set Wednesday when the original Olympic Games manifesto sold for $8.8 million at Sotheby's, the auction house said. The 14-page manuscript was written in 1892 by Pierre de Coubertin, a French aristocrat and athletics enthusiast known as the "father" of the modern Olympics.(Photo/Agencies) 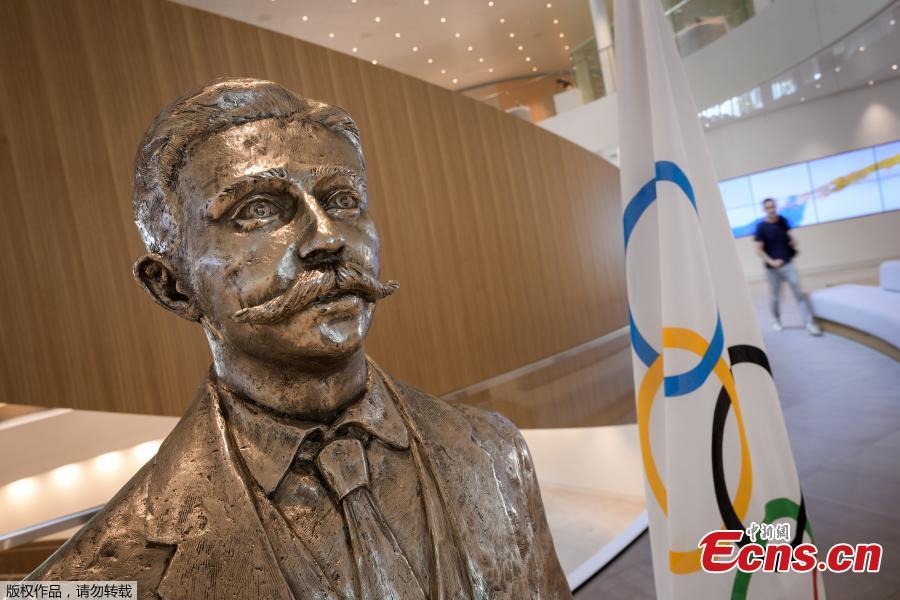 A picture taken on June 18, 2019 in Lausanne shows a statue of International Olympic Committee (IOC) founder Pierre de Coubertin at the entrance of the new IOC headquarters that will be inaugurated on June 23, 2019. (Photo/Agencies) 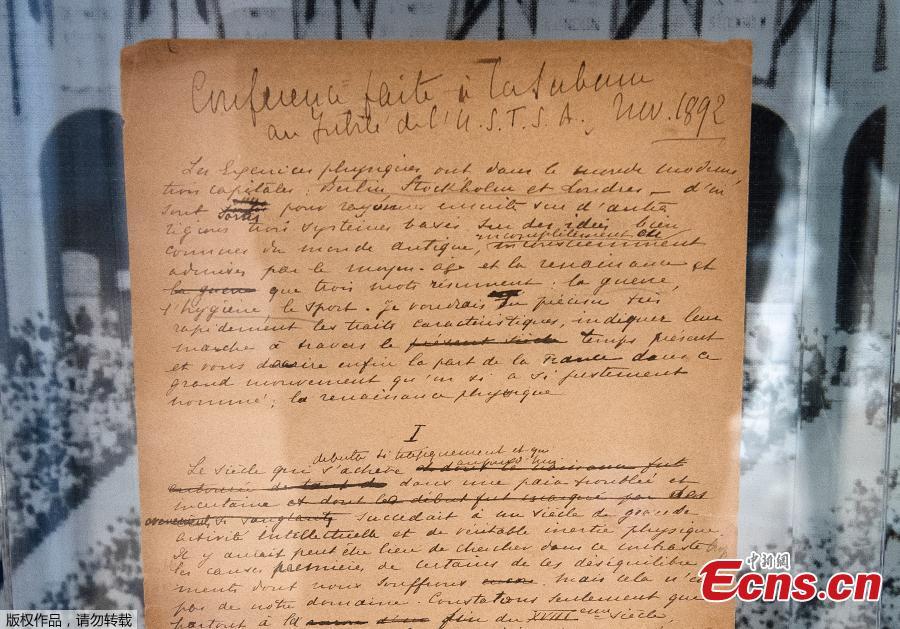 The original Olympic Games manifesto, written in 1892 by French aristocrat, educator and athletics advocate Pierre de Coubertin which outlines his vision for reviving the ancient Olympic Games as a modern, international athletic competition, on public display at Sotheby's in Century City, California, on October 23, 2019. The manifesto will be auctioned on December 18 at Sotheby's in New York. (Photo/Agencies)