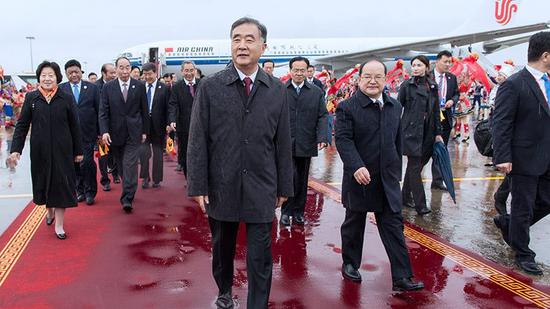 The delegation presented the region with souvenirs, including a plaque with an inscription by Xi Jinping, general secretary of the Communist Party of China (CPC) Central Committee.

It reads "Building a magnificent Guangxi, and jointly achieving the dream of rejuvenation."

Wang met with representatives of armed forces, armed police force and officials of political and legal affairs there.

He also met with retired officials and people of various ethnic groups and from all walks of life, and extended greetings to them on behalf of the central government delegation.