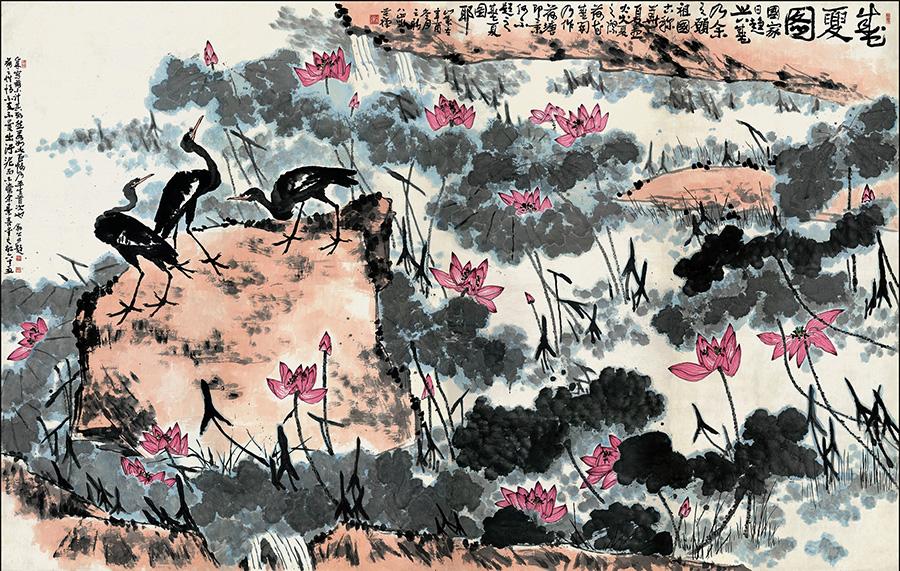 Eagles are a recurring subject in the oeuvre of late modern Chinese ink artist Li Kuchan, who specialized in the genre of flowers and birds in a carefree style. (Photo provided to chinadaily.com.cn)

Li, who grew up in a period when his country suffered poverty and chaos, focused on eagles in his creations to encourage the people to stand up against all the difficulties and fight for national independence.

An ongoing exhibition marking the 120th anniversary of Li’s birth is showing his eagle-themed paintings, calligraphic works and art collections, through Dec. 22.

A highlight at the exhibition is a 5-meter-long rubbing of an 8-century calligraphic text carved on the majestic Taishan Mountain, in Li’s native Shandong province, from which one can understand how Li was nurtured by Chinese culture. (Photo provided to chinadaily.com.cn)

Also on show are letters Li exchanged with art masters Qi Baishi and Xu Beihong, who both inspired him. 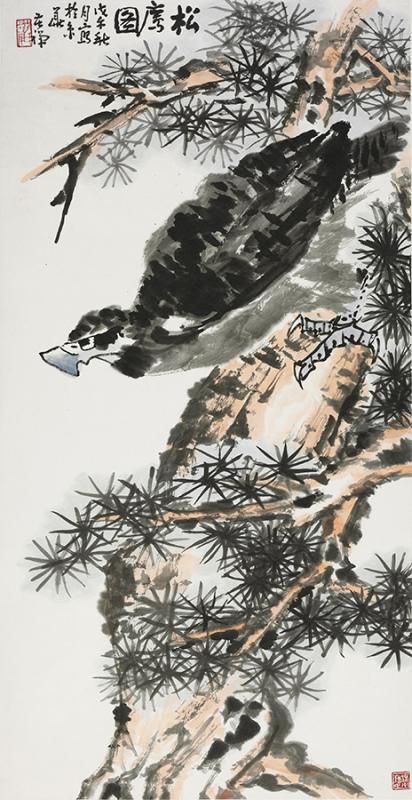 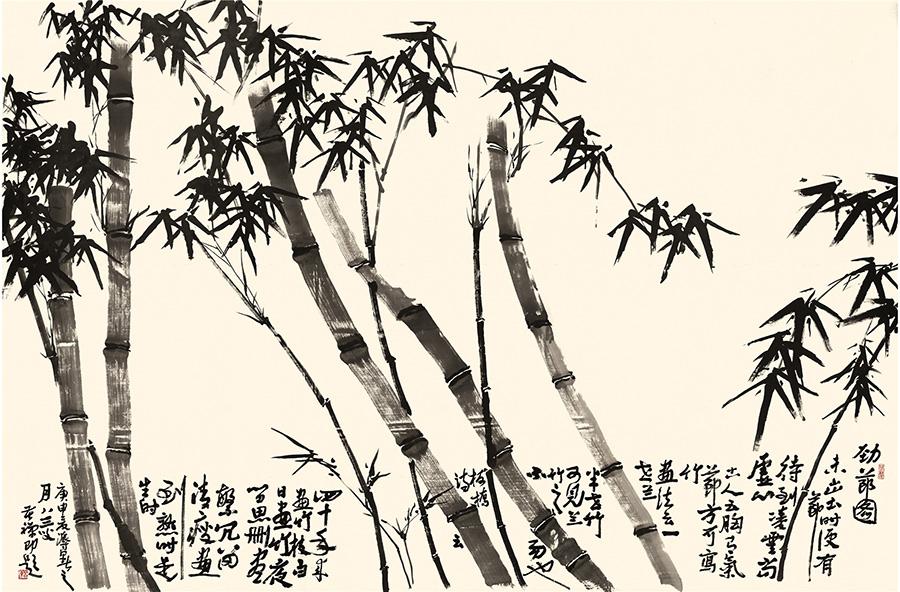