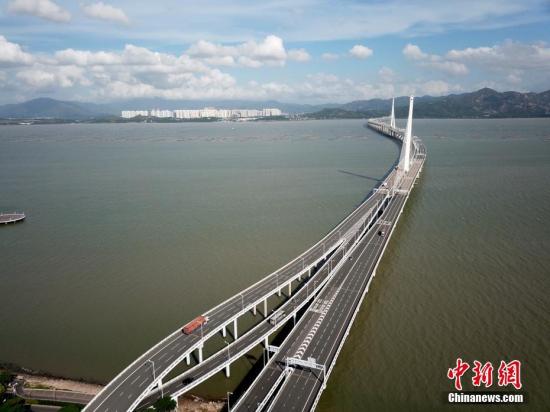 (ECNS) - A survey shows that 70 percent of executives believe coordinated development of the Guangdong-Hong Kong-Macao Greater Bay Area will help expand business in the next three years, according to news portal rthk.hk.

The Greater Bay Area is one of China's regions undergoing integrated development. Others include the Beijing-Tianjin-Hebei area and Yangtze Economic Belt. A development plan is expected to roll out to turn it into a vibrant world-class area.

The survey among 714 executives from the Chinese mainland, Hong Kong and Macao in June and July also shows that 53 percent of respondents thought the Greater Bay area will pool resources and achieve coordinated growth while 57 percent said their companies had already developed a strategy.

Companies in innovation, technology, trade and logistics and financial service industries are believed to benefit the most from the Greater Bay Area, according to the survey.

Wong added Hong Kong has advantages in capital markets and applied research while Guangdong has developed manufacturing and supply chains so potential cooperation between both areas will benefit economic development.