China to give digital economy a new push 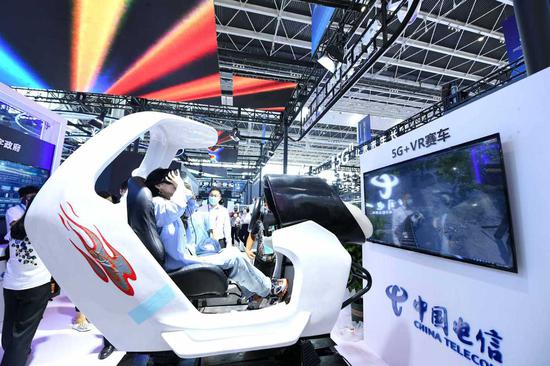 With rapid development of emerging digital technologies, such as cloud computing, big data, the Internet of Things, and artificial intelligence, digital economy has become the most active, influential industrial sector with fastest growth.

The scope and scale of digital economy have also been extended greatly, covering abundant products, services, business modes and industries.

In recent years, the global technology industry is facing increasingly fierce competition. Some major economies are sparing no efforts to strengthen their layouts in digital technological innovation, technical standards and international rulemaking, in order to seize opportunities from the competition.

During the 13th Five-Year Plan period (2016-2020), China built the world's largest optical-fiber and 4G network, with over 99 percent of the villages across the country connected to both technologies. The number of 4G base stations also accounted for over half of the global total.

According to a white paper released by the China Academy of Information and Communications Technology, China's digital economy was worth nearly $5.4 trillion last year, ranking second in the world. That represented a year-on-year growth of 9.6 percent, the fastest in the world.

China has taken an active role in innovation of digital economy. In sectors such as mobile payment, Chinese original business modes emerged and led the world. Some startups witnessed rapid development, attracting a large amount of investment.

Faced with strengths and weaknesses, the country should seize opportunities to build its new advantages in digital economy as the 14th Five-Year Plan (2021-25) and the Long-Range Objectives Through the Year 2035 have pointed out.

With extensive market space and abundant application scenarios, China's digital economy development should be extended from consumption to the field of production, and enhance total-factor productivity of real economy.