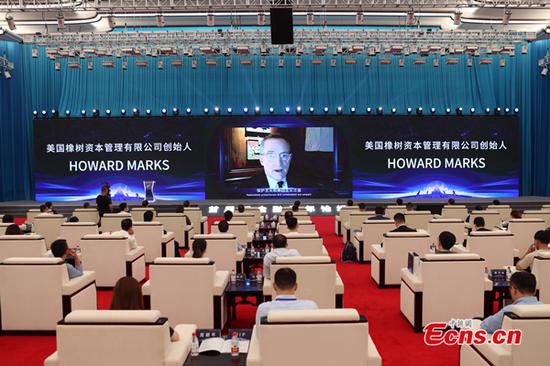 (ECNS) -- China has introduced proactive measures to counteract the impact of the pandemic on its economy, and China’s long-term potential of economic and financial development is still promising, said Howard Marks, founder of Oaktree Capital Management, at the First Finance Youth Forum held in Shanghai on Friday.

In his speech, Marks pointed out that China still ensures the stability of its financial system via financial reform measures and hasn’t slowed its pace of opening up regardless of rampant nationalistic protectionism and unilateralism in the world during the pandemic.

“China has demonstrated skillfulness, decisiveness and the ability to mobilize under crisis conditions,” said Marks. “As a result, China was the only major economy to record positive GDP growth in 2020.”

As a leading global asset management firm, Oaktree Capital Management has been a long-time investor in China, with over 30 billion yuan ($4.7billion) invested in Chinese assets across listed equities, corporate debt and real assets.

It has been selected among the first batch of qualified foreign institutions to participate in the Shanghai QDLP pilot program when it was launched in 2013.

“We’ve been fortunate to play a part in China’s economic and financial development,” added Howard Marks, “and we continue to hold high conviction regarding China’s long-term potential.”