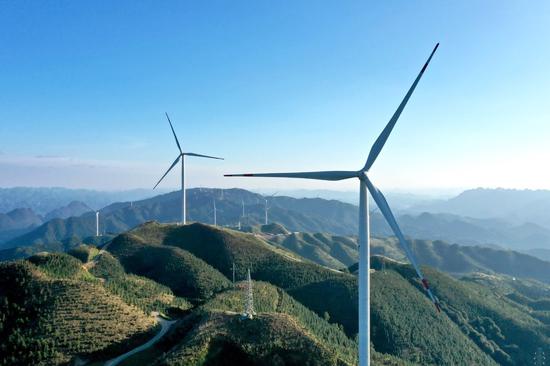 China should further strengthen its bilateral engagements with Central Asian nations and use its experiences and advantages in capital and talent to foster green, sustainable growth in the region, especially in the post COVID-19 era, an expert said.

In terms of economic structure, most of the Central Asian countries are still at the lower end of the production and value chain and are heavily dependent on natural gas and coal exports for growth, said Liang Ziqian, deputy director of the Central Asia Regional Economic Cooperation Institute.

Speaking at an international forum in Beijing recently, Liang said that economies involved in the Belt and Road Initiative, including Central Asian countries, are facing severe challenges in cutting carbon emissions. Most of these countries are rich in energy resources, substantial exports of which have been the mainstay of growth over the past decade. The relatively slower pace of economic transition and industrial upgrade has contributed to greater carbon emissions in these countries, he said.

The COVID-19 pandemic has forced many countries to deal with economic fallout and liquidity crunches, and Central Asian countries are no exception. Despite the economic setbacks, these countries, like everyone else, will also be required to share their responsibility in the global efforts to achieve the Sustainable Development Goals by 2030 and keep the 1.5-degree goal of the Paris Agreement within reach by 2050, he said.

"Economic structures of Central Asian countries will remain unchanged for quite some time, and this indicates that their carbon emissions will not increase immediately. But more adjustments need to be made in optimizing and upgrading their current structure," Liang said. "China has done these successfully and has tremendous experiences to share with Central Asian countries."

Liang said that for example, countries like Kazakhstan which are rich in clean energy like wind power and photovoltaic resources should invest more in building new facilities in these areas and eliminate conventional, high carbon emission industries.

China can share its experiences, technology and management skills with these countries and help transform conventional industries to new ones due to its head start. The nation has already taken the lead in growing the digital economy, a pathway that effectively reduces energy consumption for many conventional enterprises. Relative experiences and talents can be shared with Central Asian countries, he said.

Globally, the growth of new industries requires extensive financial support. Regional development banks such as the Asian Infrastructure Investment Bank and the Asian Development Bank can come out with green financing tools to incentivize the industrial transition in Central Asian countries.

However, economic growth and transition has been a tough balancing act, particularly in the first half of the year due to the higher global commodity and raw material prices.

Liang said such price rises will pose a challenge for the green growth of Central Asian countries, as most of these countries are large exporters of bulk commodities and raw materials.

"Price swings in bulk commodity prices have impacted growth in Central Asian countries and are visible in their per capita GDPs," Liang said. "The choice for them currently is that they can keep benefiting from the rising prices without making any effort, or they can use price rises as a window of opportunity to inject newly earned funds into greener, cleaner industries."