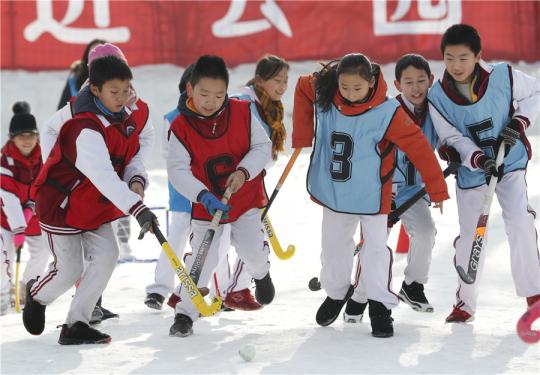 Inspired by increasing public sports participation, China's central government has pledged to further stimulate sports-related consumption through a plan to back the quality development of the sports industry.

From sweat-soaked runners jostling in marathons to excited fans roaring in support of their favorite teams at the just-concluded basketball World Cup in China, sports participation is on the rise in China, motivating the central government to issue a new guideline aimed at boosting sports-related business through more efficient management, better service and stronger financial support.

The plan, issued by the State Council, China's Cabinet, on Tuesday lays out 35 measures - including the reform of sports governance, construction of facilities and preferential tax policies - to turn the sports industry into a pillar for economic growth.

According to the plan, national sports associations have to reform their administrative management by bringing more talent and expertise from outside government ranks while delegating the organizing and marketing rights of grassroots sports events to operators from the private sector.

"Even though our sports industry has grown at a fast pace in recent years, we are not yet a strong sporting nation, consumption-wise, as the contribution of the sports business to our overall economic growth remains modest," Li Yingchuan, a deputy director of GASC, said in a media briefing on Wednesday.

According to the National Bureau of Statistics, sports-related businesses in China generated 781 billion yuan ($110 billion) in added value in 2017, up 20.6 percent from the previous year and accounting for about 0.95 percent of GDP.

An analysis by Plunkett Research showed that the equivalent proportion in the United States was 3 percent in 2017.

One of the key tasks of the sports sector is to guide the public to adopt more active lifestyles by offering accessible and affordable sports facilities, fitness services and higher-quality sports competitions, Liu said.

In 2014, the Chinese government announced a national strategy to develop the country's sports industry and raise the sector's annual output to 5 trillion yuan by 2025, while making the promotion of fitness one of the government's national priorities.