Beijing Daxing finishes another round of test flights 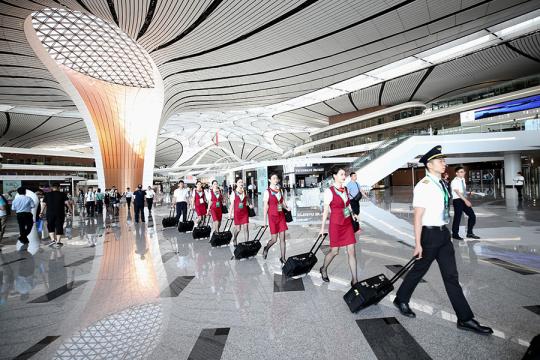 Beijing Daxing International Airport, which will begin operations before September 30, carried out a second round of test flights in low visibility conditions on Tuesday evening.

Earlier in the afternoon, a China United Airlines B737 landed in the new airport and conducted a full-process drill including aircraft ground handling, passenger boarding and luggage delivery. It also tested the docking guidance system, which will ensure safe and efficient aircraft movement.