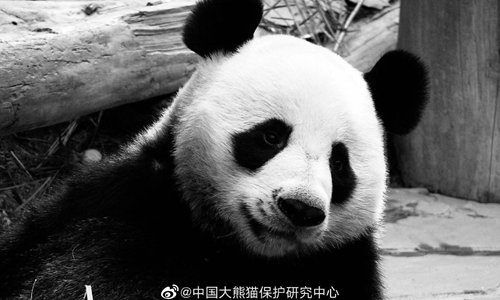 Heart-broken Chinese web users called on a Thailand zoo to return a giant panda after the sudden and unexplained death of another panda at the zoo on Monday afternoon.

The China Conservation and Research Center for the Giant Panda announced the death of a male giant panda Chuang Chuang on Monday on its official Sina Weibo account.

The center said they would dispatch experts to the zoo to investigate Chuang Chuang's death.

Chuang Chuang was 19 years old, and the average lifespan of a giant panda in captivity can reach 25 to 30 years.

The unexplained death of Chuang Chuang and unverified photos circulating online allegedly showing the zoo feeding hard bamboo sticks rather than fresh bamboo to the pandas have upset many Chinese netizens, who called on the zoo to return Chuang chuang's mate, Lin Hui, because "the zoo doesn't know how to raise giant pandas."

Chuang Chuang and Lin Hui have lived at the Thai Zoo since 2003.

Both giant pandas were extremely popular in Thailand and many Thais also mourned for Chuang Chuang's passing on social media after they heard the news on Monday. "Rest in peace, Chuang Chuang, you will be missed," and "Thank you for bringing happiness to Thailand, Chuang Chuang," were typical of the many tweets that flooded Thailand's social media.

"The zoo's environment is very good and the giant pandas' home there is large," a Beijing-based woman surnamed Jiang who has visited the Chiang Mai Zoo told the Global Times on Tuesday.

The center said on Weibo that they send experts every year to check the health of the pandas and the zoo submits a monthly report of their conditions.

Hastags related to Chuang Chuang's death have been viewed more than 70 million times on Sina Weibo.

Lin Hui gave birth to a female cub named Lin Bing in 2009, who was returned to China in September 2013.

Lin Bing will be introduced to about 10 potential mates before returning to Thailand for a 15-year stay, the Xinhua News Agency reported.

Chiang Mai Zoo did not reply to requests for comment from the Global Times as of press time.

While netizens mourned the death of Chuang Chuang, another panda story came to light: a men's choir in Finland reportedly sang a Chinese song for giant pandas Hua Bao and Jin Baobao who live at Finland's Ahtari Zoo to celebrate the Mid Autumn Festival, which fell on Friday.