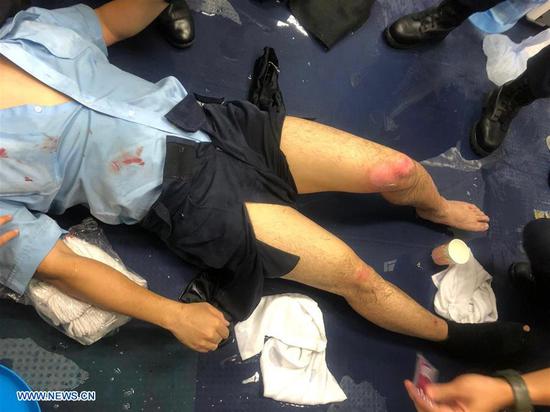 In a statement, Hong Kong police said the officer "sustained burn injuries on legs after being hit by a petrol bomb hurled by a radical protester while he was on duty in Tsim Sha Tsui Police Station earlier today."

The Commissioner of Police Lo Wai-chung visited the officer and severely condemned the "reckless, violent and unlawful acts" committed by the radical protesters, the statement said.