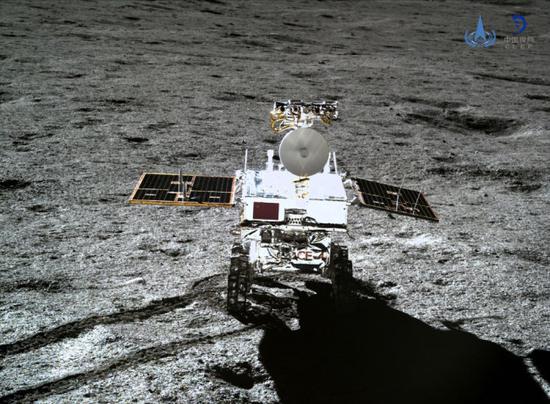 China's lunar rover Yutu-2 has driven 271 meters on the far side of the moon to conduct scientific exploration on the virgin territory.

Both the lander and the rover of the Chang'e-4 probe switched to its dormant mode for the lunar night on Wednesday (Beijing time), according to the Lunar Exploration and Space Program Center of the China National Space Administration.

China's Chang'e-4 probe, launched on Dec. 8, 2018, made the first-ever soft landing on the Von Karman Crater in the South Pole-Aitken Basin on the far side of the moon on Jan. 3.

A lunar day equals 14 days on Earth, a lunar night the same length. The Chang'e-4 probe switches to dormant mode during the lunar night due to lack of solar power.

During the eighth lunar day of the probe on the moon, the scientific instruments on the lander and rover worked well, and a new batch of scientific detection data were sent to the core research team for analysis.

The far side of the moon has unique features, and scientists expect Chang'e-4 could bring breakthrough findings.