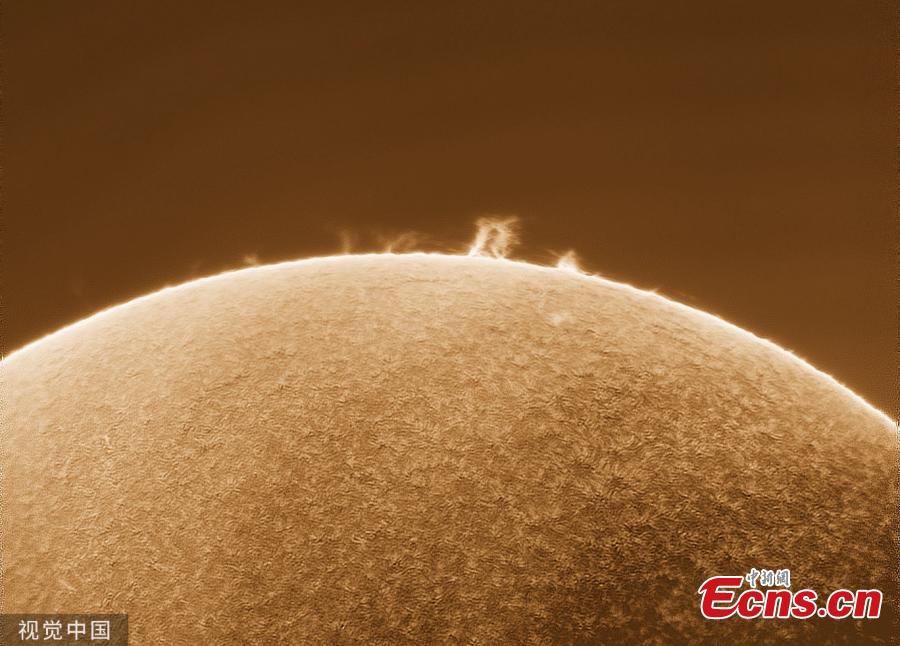 Andrew McCarthy, an amateur photographer captured this incredible snap of a gas explosion on the Sun's surface that could fit at least two earths inside its loop. (Photo/VCG) 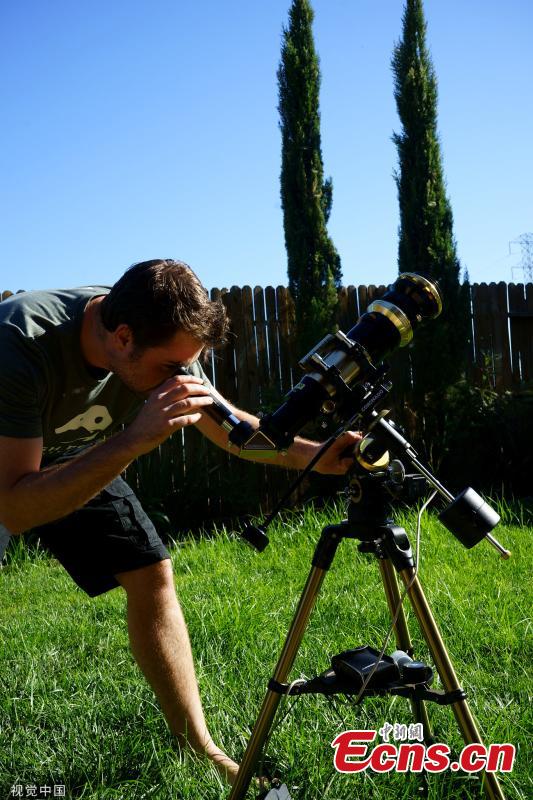 Andrew McCarthy, 35, and his telescope. Amateur photographer and committed star gazer Andrew McCarthy has captured the incredible moment a gas explosion occurred on the surface of the Sun. (Photo/VCG) 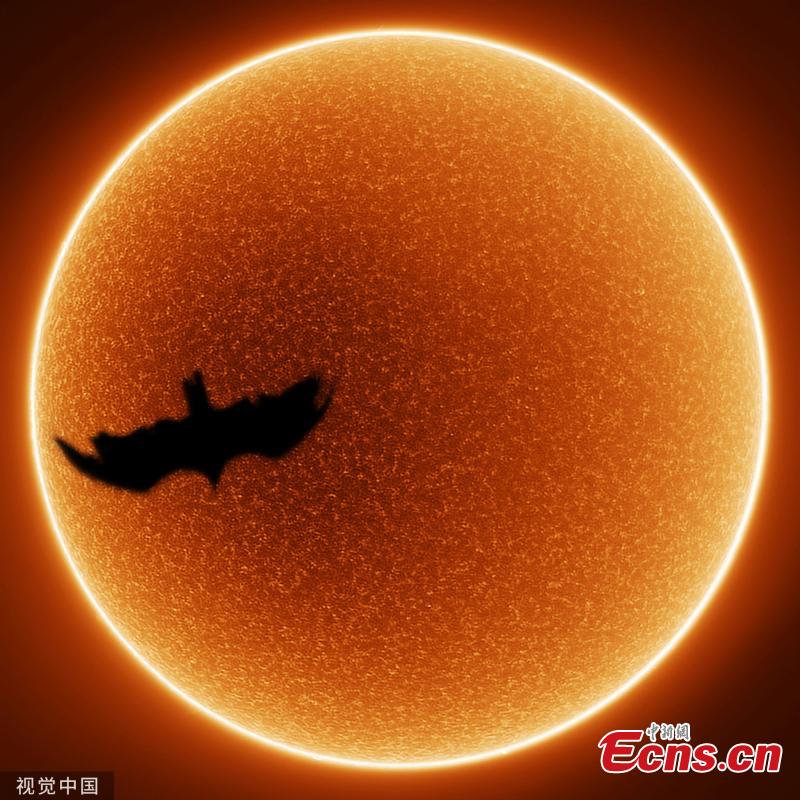 Snapped on July 9 by space lover Andrew McCarthy, this picture shows a solar prominence - a huge volume of solar mass rising from the star. The massive gaseous feature is then caught in a magnetic loop, inside of which it is estimated to be able to fit at least two Planet Earths. (Photo/VCG)