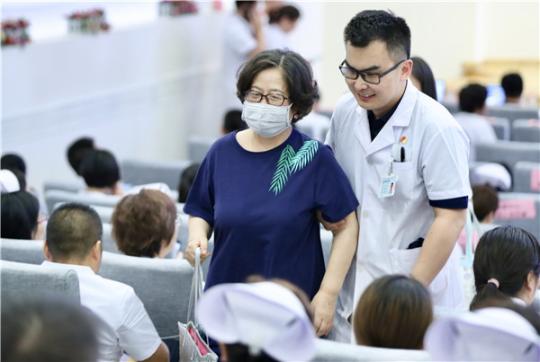 The total number of registered organ donors in China exceeded 1.35 million as of June 15, with the majority of them young people under age 30, statistics released on Tuesday showed.

By June 15, more than 24,000 people in China had donated a total number of 69,302 organs after death, said Zhao Hongtao, vice-president of the China Organ Transplantation Development Foundation.

Most of the donor registrations were made after 2014 following the establishment of a special online registration platform operated by the foundation.

The number of donors who registered online and through mobile phones exceeded 1 million as of Tuesday, according to the foundation.

Huang Jiefu, chairman of the China National Organ Donation and Transplantation Committee, said he was glad to see young people are more interested in organ donation. But despite the increasing number of registered organ donors, it is still far short of what is necessary for organ transplant surgeries in China, he said.

Greater publicity and education is needed so more people can learn about organ donation and become donors, he said.

The number of organ donors in China has increased rapidly in recent years. Last year, 6,302 people donated organs after passing away, a rise of 22 percent on the previous year. About 20,200 transplant surgeries were completed last year, a rise of 21 percent year-on-year, according to the National Health Commission.

Fan Jing, an official at the commission's Medical Administration and Supervision Department, said China has become the top country in Asia, and the No 2 country in the world, in the number of both organ donors and transplant surgeries performed.

On Tuesday, its registration platform was linked with the China-Japan Friendship Hospital, a major public hospital in Beijing, the foundation said.

People who have registered to become organ donors do not necessarily become donors and can revoke their registration at any time.

Chen Jingyu-vice-president of Wuxi People's Hospital, in Wuxi, Jiangsu province, and a prominent lung transplant surgeon,-said authorities have taken a number of measures to facilitate organ transplantation surgeries, which have resulted in more terminally ill patients being saved.

For example, different government departments, including transport authorities, have been improving cooperation in recent years to facilitate transport of donor organs so they get priority access to airplanes and are delivered to hospitals as quickly as possible in police cars, he said.