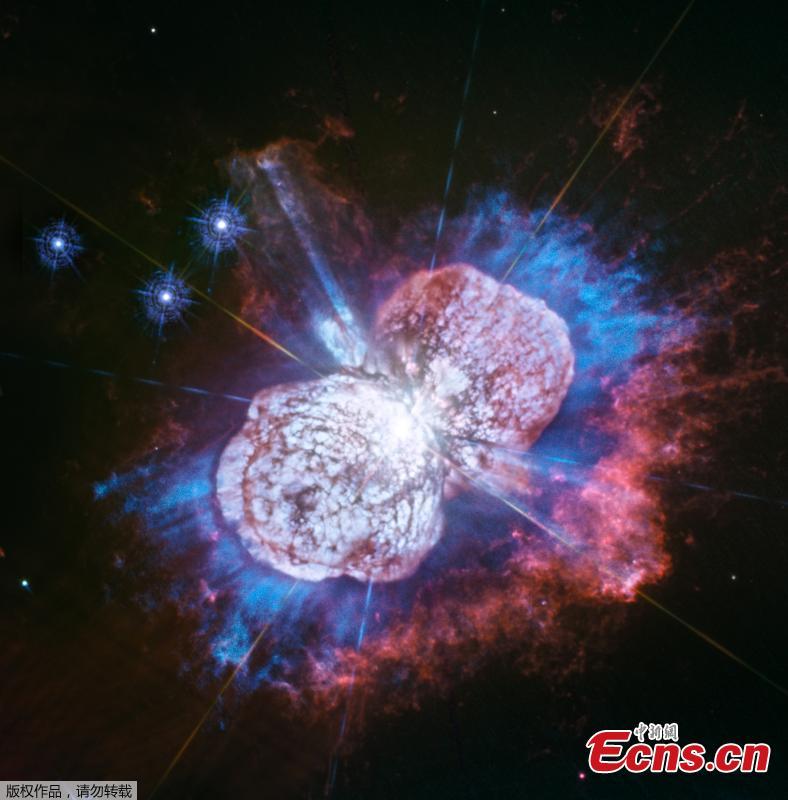 This Hubble Space Telescope image of the giant, petulant star Eta Carinae is yielding new surprises. Telescopes such as Hubble have monitored the super-massive star for more than two decades. The star, the largest member of a double-star system, has been prone to violent outbursts, including an episode in the 1840s during which ejected material formed the bipolar bubbles seen here. (Photo/Agencies)