Tariff hikes not a win-win for China, U.S. 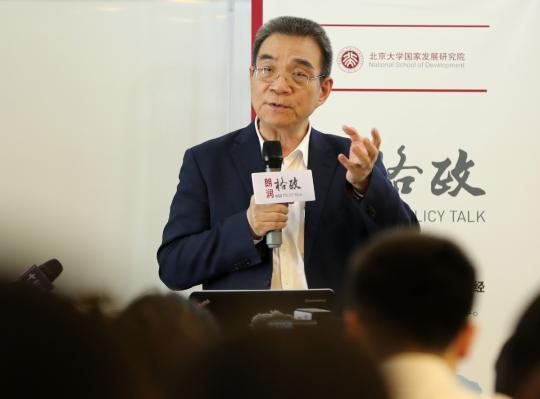 Justin Yifu Lin, dean of the Institute of New Structural Economics at Peking University, and the former chief economist of the World Bank. (Photo provided to China Daily)

Tariff hikes are attempts by the U.S. authorities to curb China's rapid growth and would result in steep losses for both sides, besides causing disruptions to the global economy, economists said.

Recent steps taken by Washington show that they (U.S.) want to suppress China's development, and not just seek better trade balance, said Justin Yifu Lin, dean of the Institute of New Structural Economics at Peking University, and the former chief economist of the World Bank.

"If we agree with Washington's claims on trade this time, it will use other excuses to curb China's development," Lin said in an interview to China Central Television on Tuesday.

China's inexpensive goods have helped keep U.S. inflation at relatively low levels and improved the well-being of its consumers. This has happened despite the fuss about the "huge trade deficit" with China, and concerns that the U.S. stands to lose $500 billion every year, an argument used often to criticize China, Lin said.

"Trade is a voluntary and win-win game. The U.S. is free to look elsewhere for the products that it currently sources from China. It buys from China because Chinese products are reasonably priced and of good quality," Lin said. "It is preposterous to believe that the U.S. is suffering because it buys goods from China. Such an argument does not cut ice with those who have a basic knowledge of economics."

Refuting U.S. concerns that China is forcing American enterprises to transfer technologies to Chinese businesses, Lin said such claims are not based on facts and ignore the basic tenets of economics.

U.S. companies have chosen to adopt advanced technologies in their production process in China not because anyone has forced them to do so, but because they want to survive and stand out in market competition, he said.

Commenting on concerns that Sino-U.S. trade friction is a clash of civilizations, Lin said different civilizations can actually coexist and learn from each other. The U.S. is ignoring this positive aspect as it wants to "exclusively dominate the world." Many of the allegations made against China are just excuses for restricting China's development, Lin said.

"China should not compromise its development rights as it is something that every country is entitled to," Lin said. 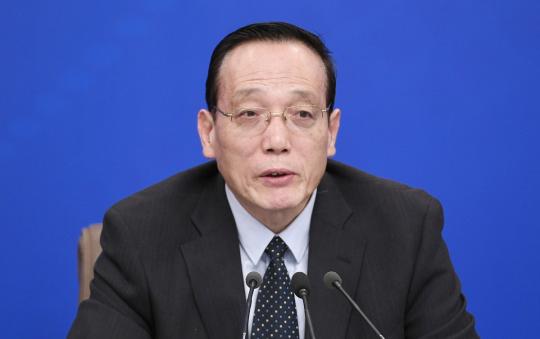 In an interview with Xinhua on Sunday, Liu Shijin, deputy director of the economic committee of the National Committee of the Chinese People's Political Consultative Conference, said it is not tenable to say that tariff hikes will hurt the Chinese economy and spare the U.S. side. "A trade war will lead to losses on both sides and have an impact on the global economy and economic globalization."

China and the U.S. account for about 40 percent of the world economy and bilateral relations between the two sides have developed and formed on the basis of differences in comparative advantages and competitive edges. The existing means of economic cooperation are a result of the trading behaviors of the producers and consumers from the two countries and a process that has been beneficial for both sides, said Liu.

"The Made-in-China process helped lower production costs and prices of products in the U.S., kept consumer prices stable and brought a wide range of benefits to consumers," he said.

According to Liu, the U.S. is trying to suppress China's growing technology strength by using its state powers to impose curbs on Chinese companies like Huawei. As China's economic strength keeps growing, the contradictions between the two countries are also aggravated, he said.

Liu, a former deputy head of the Development Research Center of the State Council, expects trade friction to have a limited influence on the Chinese economy as its export sector is not that dependent on the U.S. market and is diversified enough to withstand the shocks and challenges.