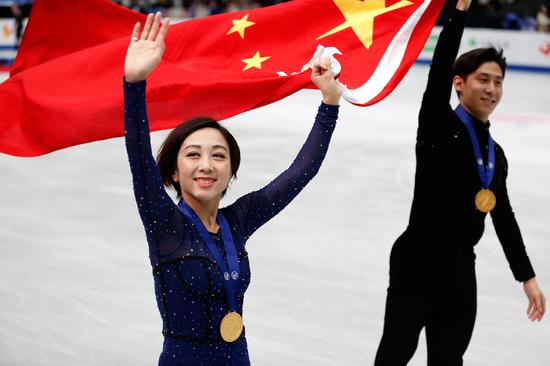 Sui/Han, produced a nearly perfect free skate, earning a score of 155.60 points and collecting 234.84 to win the title for the second time, as they had claimed it in 2017.

"I am happy that we skated two complete programs here," said Sui. "We encountered many difficulties this season, but we will always fight for glories."

Russia's Evgenia Tarasova/Vladimir Morozov took the silver in 228.47, while another Russian pair Natalia Zabiiako/Alexander Enbert took the bronze in 217.98.