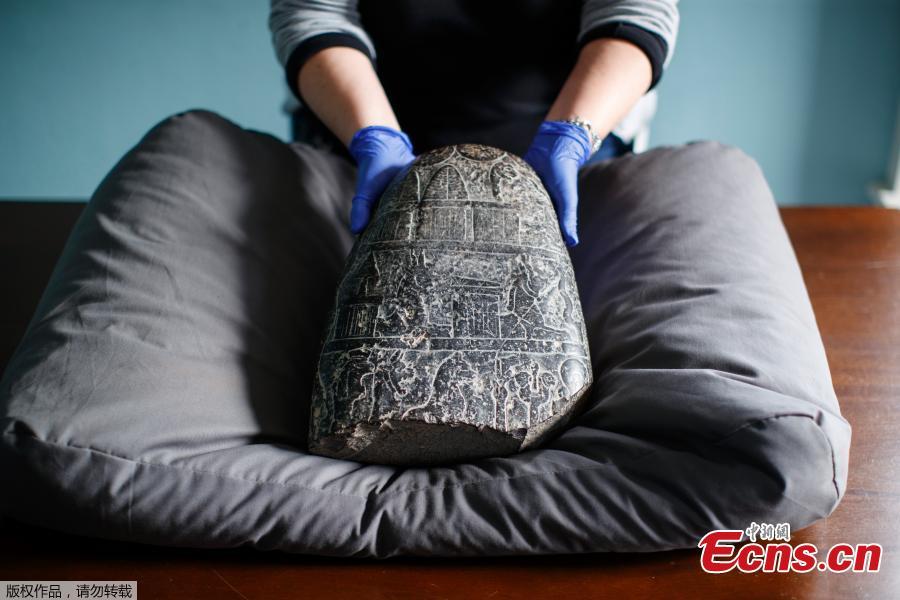 Photo taken on March 19, 2019 shows the ancient Babylonian treasure in British Museum. The Babylonian treasure is being returned to Iraq after it was taken from the country illegally. The cuneiform kudurru, an official document drawn up on the orders of a Babylonian king, was seized at Heathrow airport in 2012. The stone dates from the reign of King Nebuchadnezzar I (about 1126-1103BC). 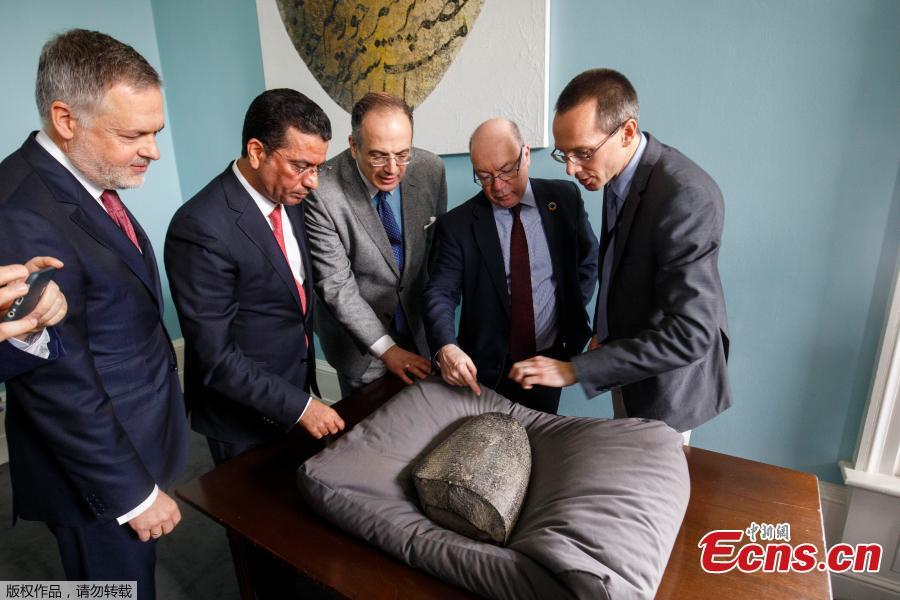 Photo shows Iraqi Ambassador to the UK Salih Husain Ali (L2) and other officials for the UK government handover at the British Museum, March 19, 2019. (Photo/Agencies) 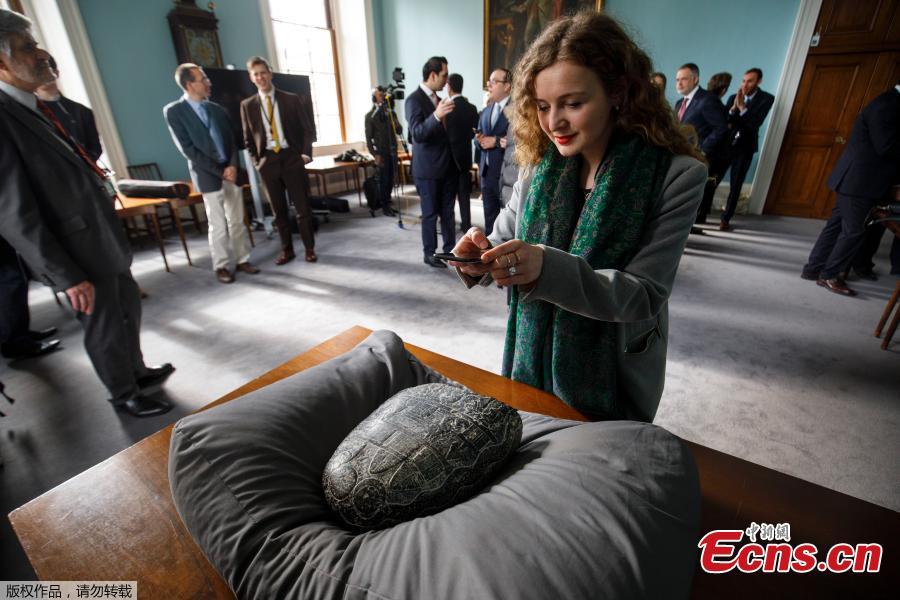 UK Border Force seized the object at London's Heathrow airport in 2012 and it was later identified at the British Museum as one of the few surviving examples of a Babylonian kudurru. (Photo/Agencies)