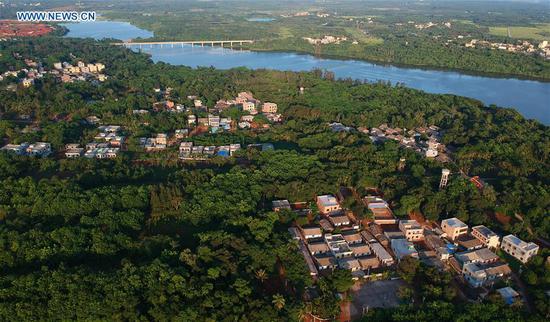 China's southernmost island province of Hainan will ban the sale of oil-fueled automobiles throughout the province by 2030, the provincial government said Tuesday.

The province will speed up the promotion of clean energy vehicles, and has set specific targets and outlined a roadmap.

According to a development plan issued by the provincial government, all vehicles added or replaced in the public service sector, including government vehicles and buses, will use clean energy as of 2020.

New and replaced rental cars and vehicles used for postal service and logistics are required to use new energy. Automobiles used for sanitation, tourist transport and urban-rural passenger transit will be replaced by clean energy vehicles by 2025.

A greater proportion of newly-licensed private passenger cars will be new energy vehicles (NEVs), with a 10 percent increase every year, eventually reaching 80 percent by 2025.

Charging and filling stations will be built on the island in the next three to five years to meet the needs of clean energy vehicles, the plan said.

Hainan had 37,100 clean energy vehicles by the end of 2018, accounting for about 2.9 percent of the province's total, among which 22,800 were NEVs. More than 4,500 charging facilities for electric cars were built during the same period.