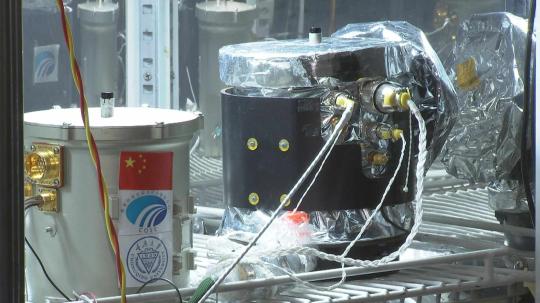 China's Chang'e-4 lunar probe mission has concluded the first-ever biological experiment on the Moon's far side and its rover has entered a dormant mode, according to the China National Space Administration.

A photo released by scientists at the Chongqing University on Tuesday showed that one of the cotton seeds, taken up to the Moon by the lunar exploration probe, had sprouted. However, the plant died due to extreme cold after the payload entered sleep mode.

The cotton plant will be decomposed to harmless organics with no pollution on the Moon.