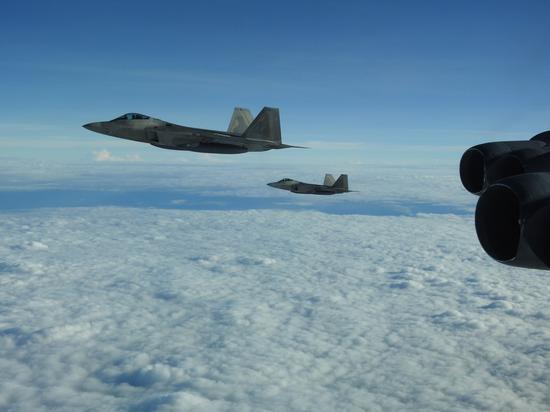 "The Russian aircraft remained in international airspace and at no time did they enter United States sovereign airspace," said NORAD.

According to NORAD, the Tu-142s came within 65 nautical miles south of the Alaskan Aleutian island chain and loitered in the ADIZ for nearly eight hours.

NORAD forces this year have identified and intercepted Russian military aircraft on ten separate occasions when they have flown into the ADIZ, said NORAD Commander General Terrence O'Shaughnessy.

NORAD is a United States and Canada bi-national organization charged with the missions of aerospace warning, aerospace control and maritime warning for North America.