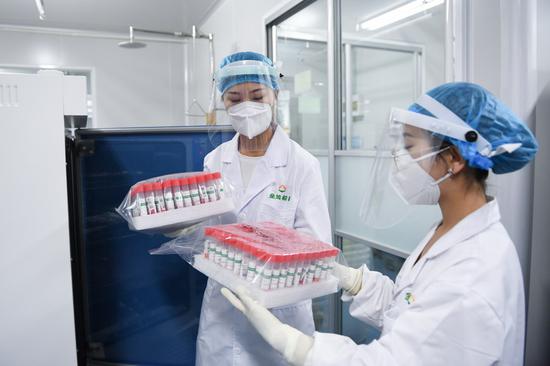 The Chinese Center for Disease Control and Prevention (CDC) on Friday said it has ruled out the possibility that the COVID-19 outbreak in Beijing is caused by a virus spillover from animals or the strain that previously circulated in the city of Wuhan.

In a report released on its website, the China CDC said massive tests indicated that the outbreak in Beijing is expected to be brought under control soon.

According to the report, a genetic analysis of samples from two COVID-19 patients and an environmental sample collected from the Xinfadi wholesale farm produce market showed that the virus is related to a European strain but is older than the one currently circulating in Europe.

The report said that cases linked to the market were most likely to have been infected through contact between persons, touch on contaminated surfaces of objects or both.

As the market has been closed since June 13, the risk of morbidity among people exposed to the site gets lower and lower, while all close contacts are being well managed, the report said.

Though a few cases with no connection with the Xinfadi market have recently been discovered, massive nucleic acid tests in Beijing showed that the infection rate among people who have no link to the market is extremely low, it added.

As Beijing has stepped up monitoring and social distancing measures, the risk of further spread is low, the report said.