Hengqin the highlight of Zhuhai support 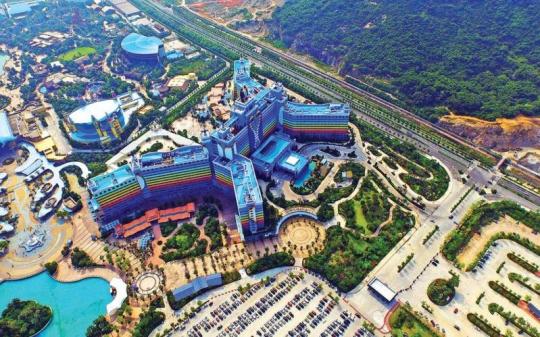 Macao's neighbor contributes to its long-term prosperity and stability

As Macao's neighbor in the Greater Bay Area, Zhuhai, a coastal city in Guangdong Province, will further strengthen its ties to Macao and make greater contributions toward maintaining its long-term prosperity and stability, local officials said.

Zhuhai was selected as one of China's four special economic zones in 1980 because of its proximity to Macao.

Guo Yonghang, Zhuhai's Party secretary, said it was the city's duty to support Macao's development and ensure the continued successful implementation of the "one country, two systems" policy.

It is the responsibility of Zhuhai to support the diversification of Macao's industries and facilitate Macao's roles as a global tourism and leisure center, an economic and trade cooperation platform between China and Portuguese-speaking countries, and a base for facilitating multicultural exchanges, he said.

After the Hong Kong-Zhuhai-Macao Bridge opened in October 2018, Zhuhai became the only city on the Chinese mainland with bridge links to both Hong Kong and Macao. Guo said that distinction has allowed Zhuhai to become a base for innovative companies, talent, capital, technology and culture－the basis for its continued vitality.

To better serve Macao residents who live and work in Zhuhai, he said the city gives them the same rights as Zhuhai residents in house purchases, children's education and medical care in the Hengqin New Area－a pilot area in Zhuhai for cooperation with Hong Kong and Macao.

More than 300 Macao residents have been covered by the city's basic medical insurance, and the express shuttle bus service between Hengqin and Macao has carried more than 70,000 passengers since July 1, he said.

As Macao and Zhuhai are mutually dependent neighbors, the Hengqin New Area, in particular, should provide more services to Macao, Guo added.

Hengqin New Area, on an island in Zhuhai, was approved by the State Council in 2009 as a pilot program for policies to boost regional economic integration.

Niu Jing, Party secretary of Hengqin New Area, said cooperation with Macao is one of Hengqin's characteristics and highlights as it aims to diversify and promote Macao's economy by building a world-class travel and recreation center and a services platform for Portuguese-speaking countries.

Hengqin's GDP has grown by about 64 percent a year in the past decade, and there are 2,070 Macao businesses registered in the region, he said.

It has become the most popular entrepreneurship incubator on the mainland for Macao entrepreneurs and startups and offers interest-free loans of up to 3 million yuan ($428,400) to support young entrepreneurs from Macao, Niu said.

Hengqin is also home to the first trilateral law firm, capable of providing one-stop legal services covering the legal systems of the mainland, Macao and Hong Kong, he said.