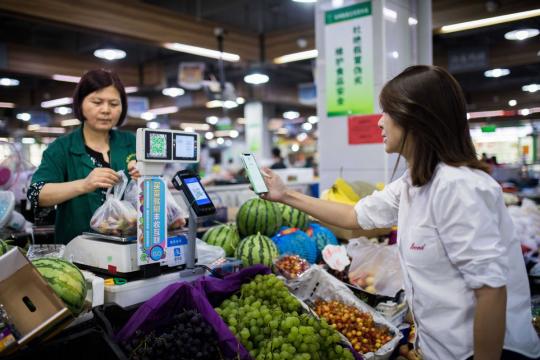 Online payment apps like Alipay are popular in almost every Chinese city, offering convenience to both businesses and consumers. (Photo by Bao Xinguo/for China Daily)

Editor's note: Prior to the Fintech and Construction of a Social Credit System forum to be held on Nov. 8, which is a part of the ongoing fifth World Internet Conference in Wuzhen, Zhejiang province, the industry's insiders told China Dailyreporter Zhu Lingqinghow the online financial sector is growing and maturing given the strong support from the government's policies and better regulation of the capital market.

China's online financial industry has entered a new stage, in which the regulatory landscape is clearer after several rounds of policy adjustments.

Against the background of stricter supervision and financial deleveraging, more and more financial technology enterprises - so-called fintech companies - are emerging.

The fintech industry will be a highlight of the ongoing World Internet Conference, as a Fintech and Construction of a Social Credit System forum will be held on Thursday. Representatives from the country's major fintech companies such as Ant Financial Services Group and JD Finance will take part in the forum.

The total revenue of Chinese fintech enterprises reached 654.14 billion yuan ($94 billion) last year, after expanding at an average annual growth rate of more than 50 percent since 2013, and the total is expected to exceed 1.97 trillion yuan by 2020, according to a report released by Shenzhen-based CI Consulting. 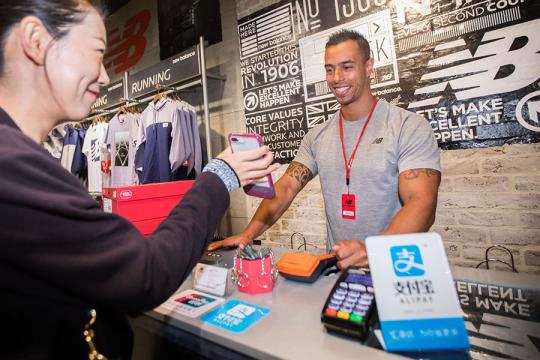 Mobile payments via Chinese apps are available at a store in Sydney, Australia. (Photo by Xu Kangping/for China Daily)

In addition, domestic fintech companies are continuing to dominate the top 50 list in the 2018 Fintech 100 report released by KPMG and fintech investment firm H2 Ventures on Oct 23. Ant Financial Services Group and JD Finance took the top two spots, while Du Xiaoman Financial and Lufax came in at No 4 and No 10 respectively.

"As the world's largest consumer market and one of the fastest-growing regions in the world, China is at the forefront of global fintech development," said Ma Ji, vice-president of JD Finance, at the 2018 Sibos conference held in October in Sydney.

Ma said that emerging technologies, strong support from the Chinese government's policies and the general optimism of the capital markets are the three main reasons for the rapid development of China's fintech industry so far.