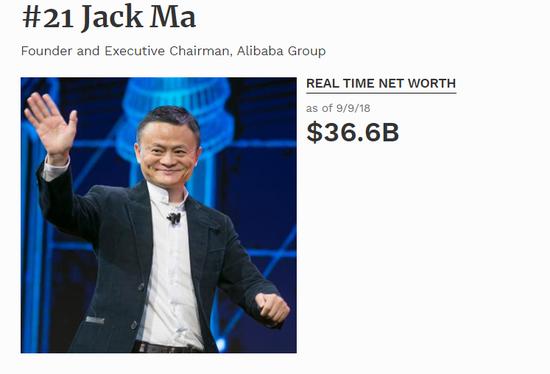 Ma said he has carefully prepared the company's transition plan for 10 years. Alibaba has, on the basis of the new partner mechanism, formed a unique culture and a successor system guided by mission-driven values.

"We believe that the difficulties in enterprise succession and development can only be solved by establishing a system, forming a unique culture, and cultivating a successor system featuring a large number of talents," said Ma.

After stepping down, Ma will be more committed to education, poverty alleviation, environmental protection and public welfare.

"I want to devote myself to education, and doing what I love will make me very excited and happy," said Ma, a former English teacher.

Ma is among China's richest men with a net worth estimated by Forbes at 36.6 billion US dollars.

He is also the chairman of the Alibaba Poverty Alleviation Fund, founder of the Ma Yun Public Welfare Fund, and a special adviser to the Young Business and Small Business of the United Nations Conference on Trade and Development. He also styles himself as a spokesperson for rural teachers.

Monday is his 54th birthday and also Chinese Teacher's Day.