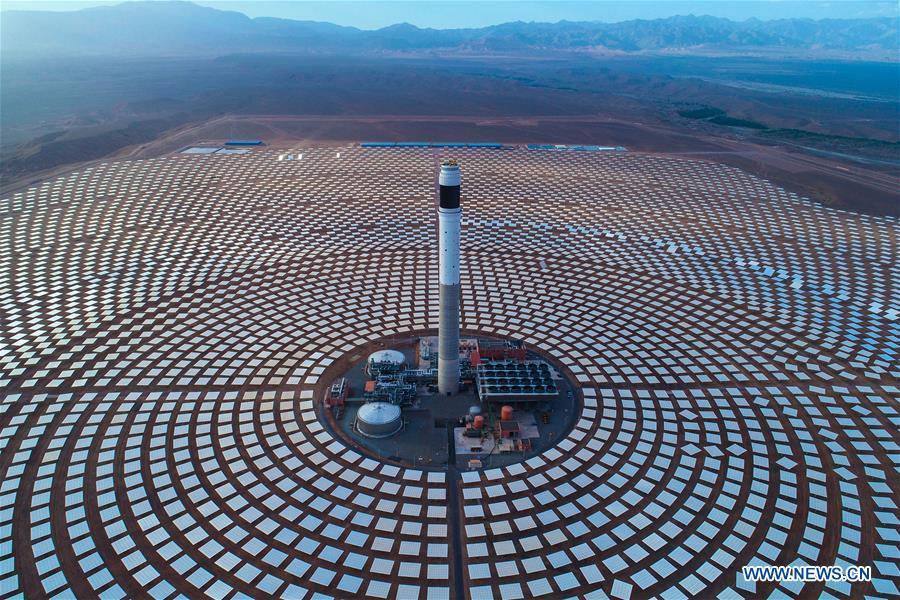 Driving from Rabat, capital of Morocco, all the way south over the Atlas Mountains, it took eight hours to reach the city of Ouarzazate, the gateway of the Sahara Desert.

Looking north from the downtown, a tower measuring 248 meters high shines in the sun. It is the tallest solar tower in the world, which is built by a Chinese construction company as part of Morocco's Noor III Concentrated Solar Power (CSP) project.

In order to reduce dependence on energy imports, the Moroccan government has been actively developing renewable energy, and plans to raise the proportion of renewable energy to the total energy consumption to 42 percent by 2020.

Under the Belt and Road Initiative proposed by China in 2013, Chinese builders came to Morocco to provide a solid fulcrum for the energy restructuring of this North African country.

The initiative, formally known as the Silk Road Economic Belt and the 21st-Century Maritime Silk Road, aims to build a trade and infrastructure network connecting Asia with Africa and Europe along the ancient trade routes of the Silk Road.

The NOOR Solar Complex, a four-phase project, is the world's largest CSP station under construction. The NOOR II project has already been put into commercial operation, while the NOOR III project recently achieved its first grid connection target.

After completion of all four phases of projects, the NOOR station will provide clean energy for more than 1 million Moroccan households, and even export surplus electricity to Europe.

Zhou Hejun, project director of the NOOR III, said CSP plants are more stable and cause less damage to the power grid compared with their photovoltaic counterparts.

The CSP will be the main global trend of solar energy generation in the future, Zhou noted.

Zhao Guangjian, project director of the NOOR II, the two NOOR projects created 5,500 jobs for Moroccans during the peak period.

A total of 300 Moroccan engineers are currently in employment, while the later operation and maintenance will also largely rely on Moroccan technicians, Zhao told Xinhua.

Mohammed Said Mulani, director of a construction subcontracting company in Ouarzazate, said his enterprise has grown rapidly and acquired expertise in constructing CSP stations through participation in the NOOR II and NOOR III projects.

"SEPCO III ... shares relevant expertise to subcontractors without reservation ... allowing us to have the opportunity to learn the latest technology in the fields of renewable energy," Mulani told Xinhua. 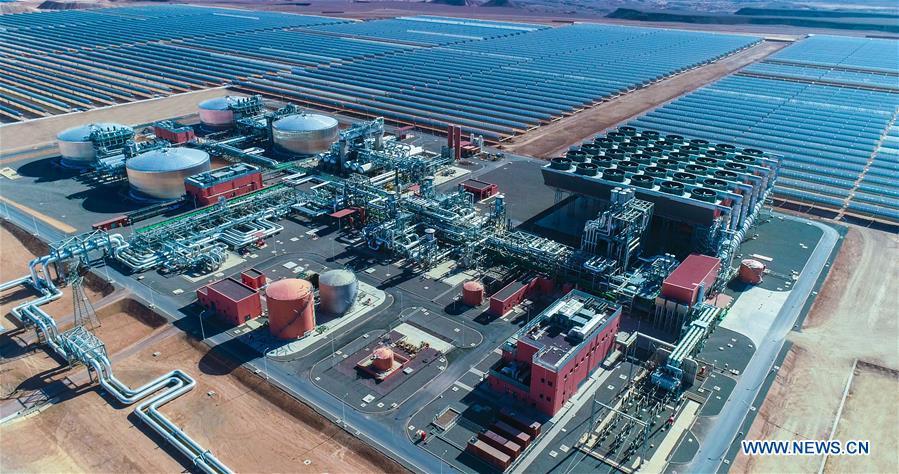 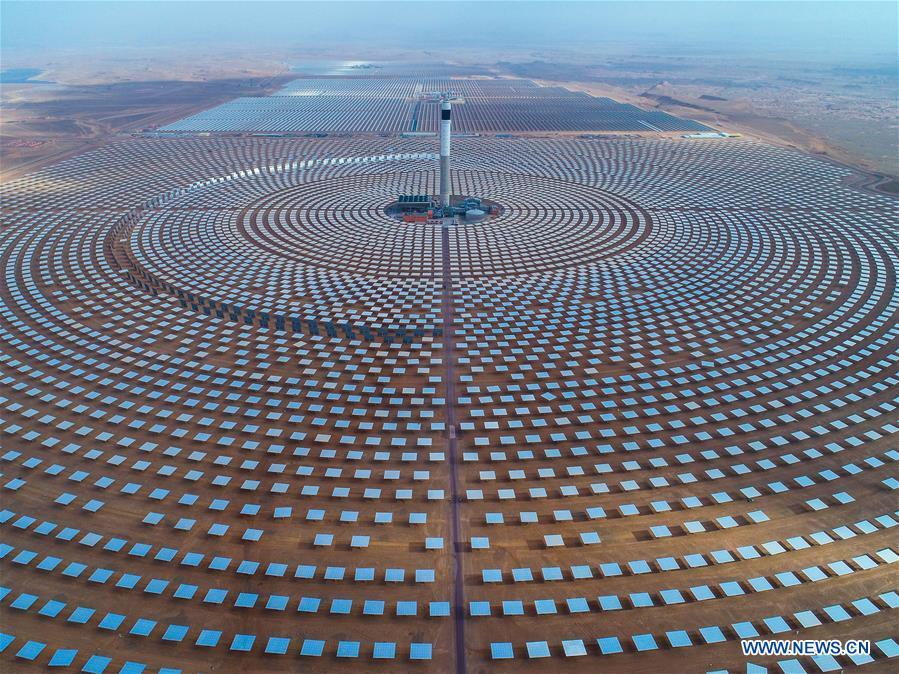 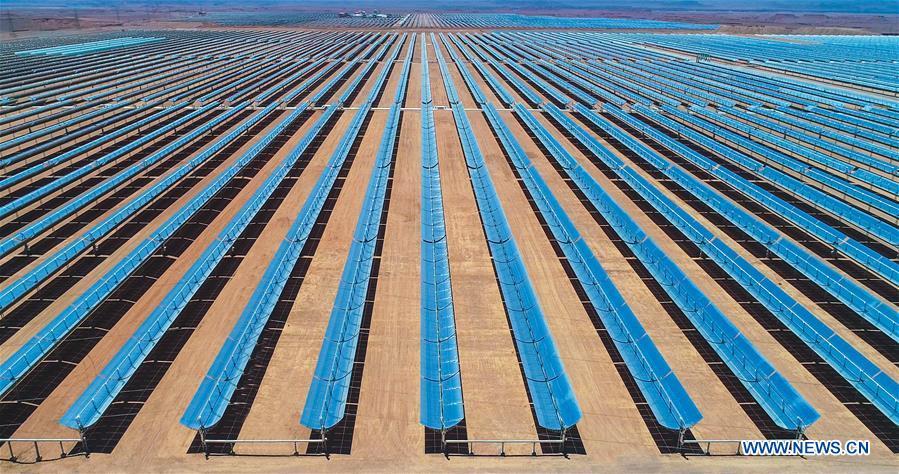