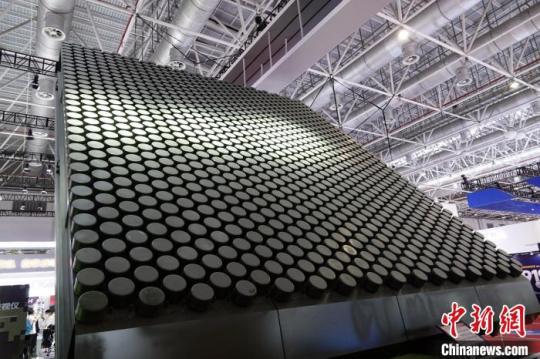 An SLC-18 space target surveillance radar is on display at the ongoing 14th China International Aviation and Aerospace Exhibition in Zhuhai that opened on Tuesday. (Photo/China News Service)

Great powers are unprecedentedly reliant on space-based assets, mostly low-orbiting satellites, to spy upon their rivals and adversaries, posing a challenge to those parties on how to detect spy satellites and take countermeasures.

Experts have said that the first step in hiding something from snooping spacecraft must be knowing how many satellites are in orbit watching your assets or actions and when and where they would appear above your land or sea.

"Spy satellites in low orbit are characterized by strong reconnaissance capabilities, low detectability and orbital maneuverability. You need specific information about these spacecraft to plan for avoidance, camouflage, jamming or other countermeasures," he explained.

"A handful of nations have spent decades and a great amount of money to set up ground-based surveillance networks to deal with spy satellites' threats, but such an approach is unrealistic for developing countries."

Designed and built by the Nanjing institute, the largest developer of radar products in China, the SLC-18 space target surveillance radar is the first of its kind China has placed on the international market, and it is an affordable solution for monitoring low-orbiting satellites, Sun said.

"The radar system features an accurate detection and measurement capacity and is able to forecast flybys by spy satellites, allowing for enough time for decision-making and countermeasures," he said.

Incorporating solid-state, active phased array technology, the movable radar can scan a wide field of space and can work in tough weather and environments around the clock, the project manager said.

Wang Yanan, editor-in-chief of Aerospace Knowledge magazine, said that in addition to its military value, the SLC-18 can also play an important role in space debris management and mitigation, thus helping to protect the safety of satellites and manned spacecraft.

An SLC-18 is on display at the ongoing 14th China International Aviation and Aerospace Exhibition in Zhuhai that opened on Tuesday. It is one of the largest exhibits inside the exhibition halls.