(W.E.Talk) Why the Emancipation of Millions of Serfs in Tibet A Glorious Monument to Human Rights Protection in the World 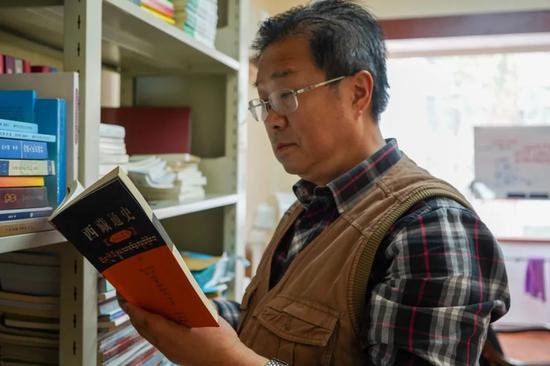 (Sun Yong, former vice president of the Academy of Social Sciences of the Tibet Autonomous Region and professor at Sichuan Normal University)

(CNS) - On March 28, 1959, millions of serfs in Tibet were liberated under democratic reform. In retrospect, this great historical event is comparable to any process of eradicating slavery in other countries or regions of the world. With regard to its thoroughness and pursuit of utmost humanity, it is rare to find similar events in the course of human civilization.

I lived and worked in Tibet for more than 40 years, getting along with colleagues from various ethnic groups, and also received many peer experts from home and abroad. After returning to the mainland, I went back to Tibet every year to conduct research. Thus, I have firsthand experience of the great changes in human rights in Tibet after its democratic reform.

The consensus in the academic field is that the integration of religion and politics in Tibet, which had lasted thousands of years, pushed feudal serfdom to the extreme, with many cruel laws and regulations trampled on human rights, contrary to the trend of world civilization and progress. The feudal serfdom that had survived into modern times was a tumor in the progress of human civilization and the unity of human rights.

The century-old codified laws of Tibetan society strictly divided people into classes and levels. Except for the “three lords” -- officials, nobles and upper monks of temples, who belonged to the serf-owning class, all the others were serfs and slaves. The three lords used statutory law or customary law to set up prisons or private jails. Both local governments and large temples could set up courts and prisons. The lords could also set up private jails on their own estates. Punishment was extremely barbaric and cruel. During the long period of feudal serfdom, vast numbers of Tibetan serfs were politically oppressed, economically exploited, and persecuted for no reason. At that time, Tibet was one of the regions with the most serious human rights issues in the world.

Chinese historians generally believe that Tibet was a serfdom society, a typical feudal system in its early stage, which had much in common with Western Europe in the Middle Ages and the Russian Empire in the 19th century.

Foreigners who visited Tibet in China in the 19th century also noticed the situation, as the British business representative David MacDonald described in detail in his book The Land of the Lama. However, in the eye of the colonists, it was just the miserable fate of the lower class, and no one or any organization condemned it from the perspective of human rights.

After the peaceful liberation in 1951, the Chinese government carried out democratic reform in Tibet in March 1959, abolishing the integrated political and religious system and feudal serfdom in Tibet. A people’s democratic regime was established, granting genuine human rights to Tibetan people. The Tibet Autonomous Region was founded in 1965, allowing the Tibetan people to fully enjoy the rights of ethnic equality, regional ethnic autonomy, and human rights in the big family of the Chinese nation. From then on, Tibet has leaped forward in the social and historical progress, and the old social syestem has been put to an end.

In its complete and humanitarian nature, this great historical event has few parallels in the history of human civilization. During the democratic reform, the government gave different guidance according to classifications, which not only liberated the serfs but also gave landlords and their agents an opportunity for a new life. Among the guidance, the redemption policy implemented was in line with the orientation of social civilization and progress.